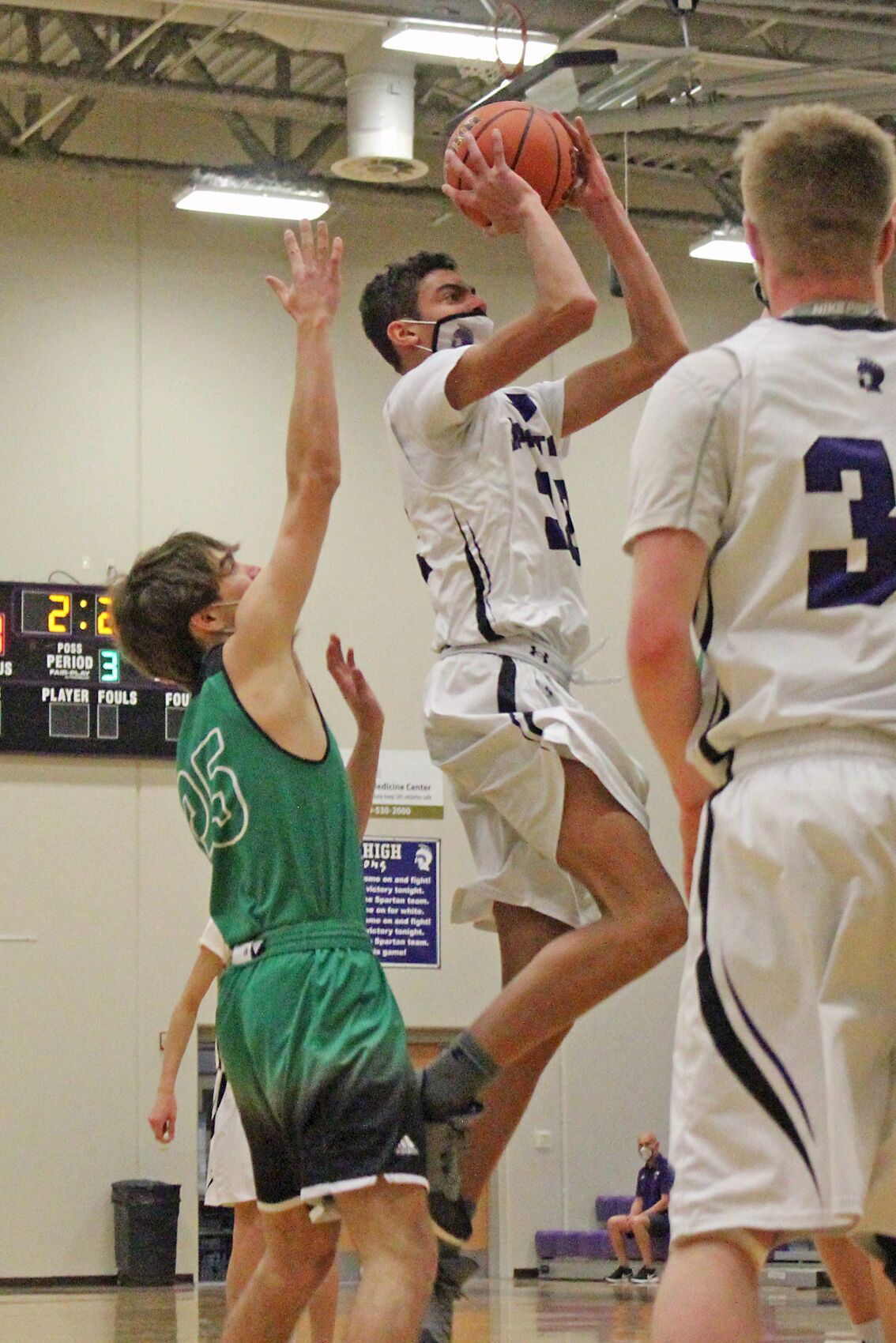 Tristan Jackson goes up strong and scores a bucket Wednesday against St. Mary’s. 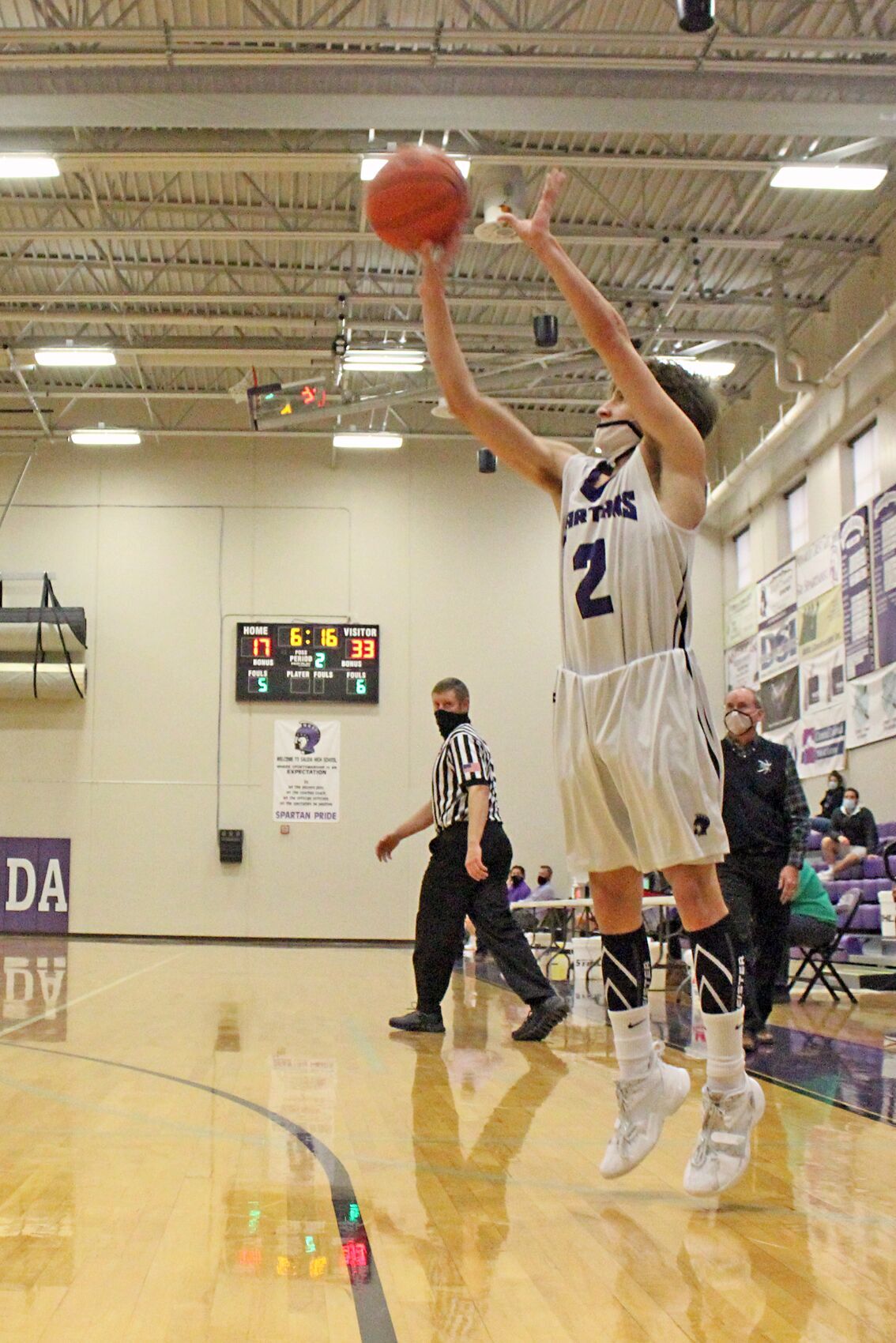 Tristan Jackson goes up strong and scores a bucket Wednesday against St. Mary’s.

A couple big runs, however, proved to be the difference in the contest and the Pirates finished on top, 88-59.

“We let them go on some streaks that we couldn’t recover from,” said coach Adam Christensen. “They’re a good team. They played the passing lanes really well and we turned it over too much.”

With Leif Gislason knocking down a 3-pointer and then two more field goals, the Spartans were trailed 17-13 late in the first quarter.

To end the first and start the second, however, St. Mary’s went on a 13-0 run, using baseball passes to get by Salida’s press and score with some lay ups. Myles Godina responded with a couple buckets in the paint while Aaron Morgan knocked down a 3-pointer from the perimeter, but St. Mary’s still took a 51-27 lead into the break.

Salida won the third quarter, 18-17, with Jonah Ellis and Morgan sinking back-to-back 3-pointers to spark the offense. Salida also switched up its defense to stifle the Pirates and had some success.

Trailing 68-45 to start the fourth, however, the coach said Salida didn’t have a choice but to press St. Mary’s again as it mounted a comeback.

The final quarter was close, but the Spartans weren’t able to gain any more ground on the Pirates.

“We had the effort,” Christensen said. “Kids were playing hard and flying around, we just weren’t making the right decisions at the right time.”

The coach added the Spartans did better from the free-throw line, making 14 of 16 shots, and the team did a better job playing defense without fouling.

“It’s good to play teams like this,” Christensen said. “It shows us the level we need to be playing at. Hopefully we learn from this.”

The Spartans will now have their busiest week of the season. With last Saturday’s game against Lamar postponed, Salida will now play four games in eight days.