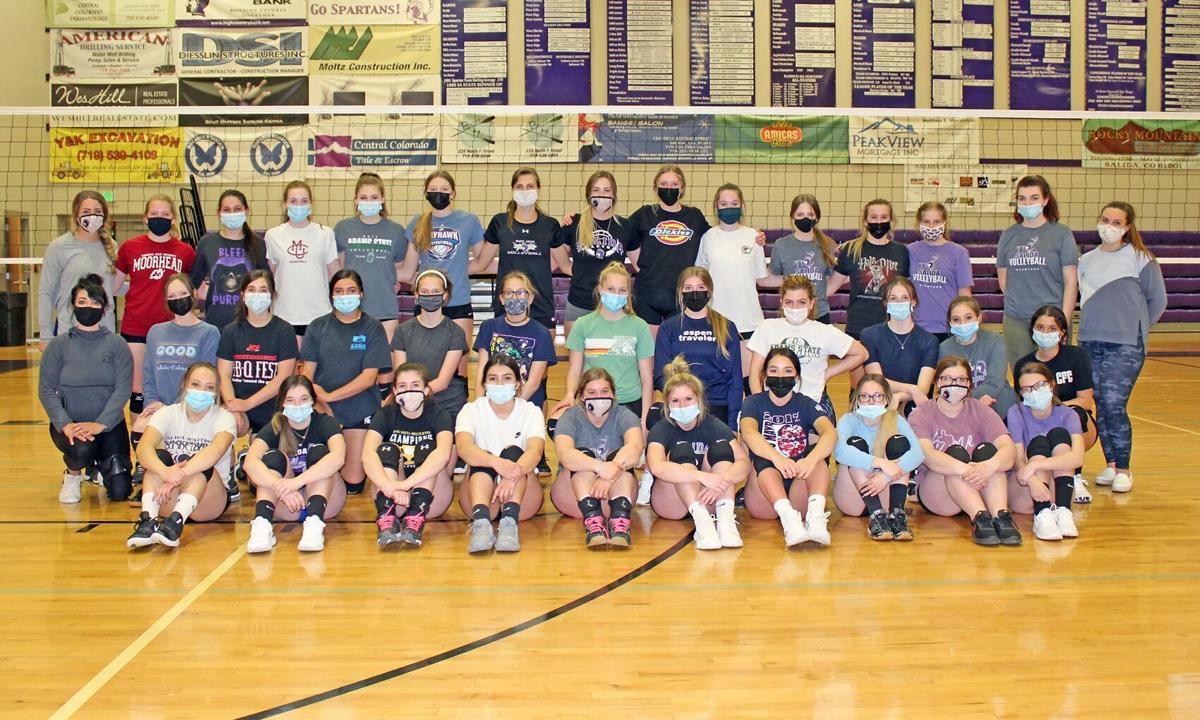 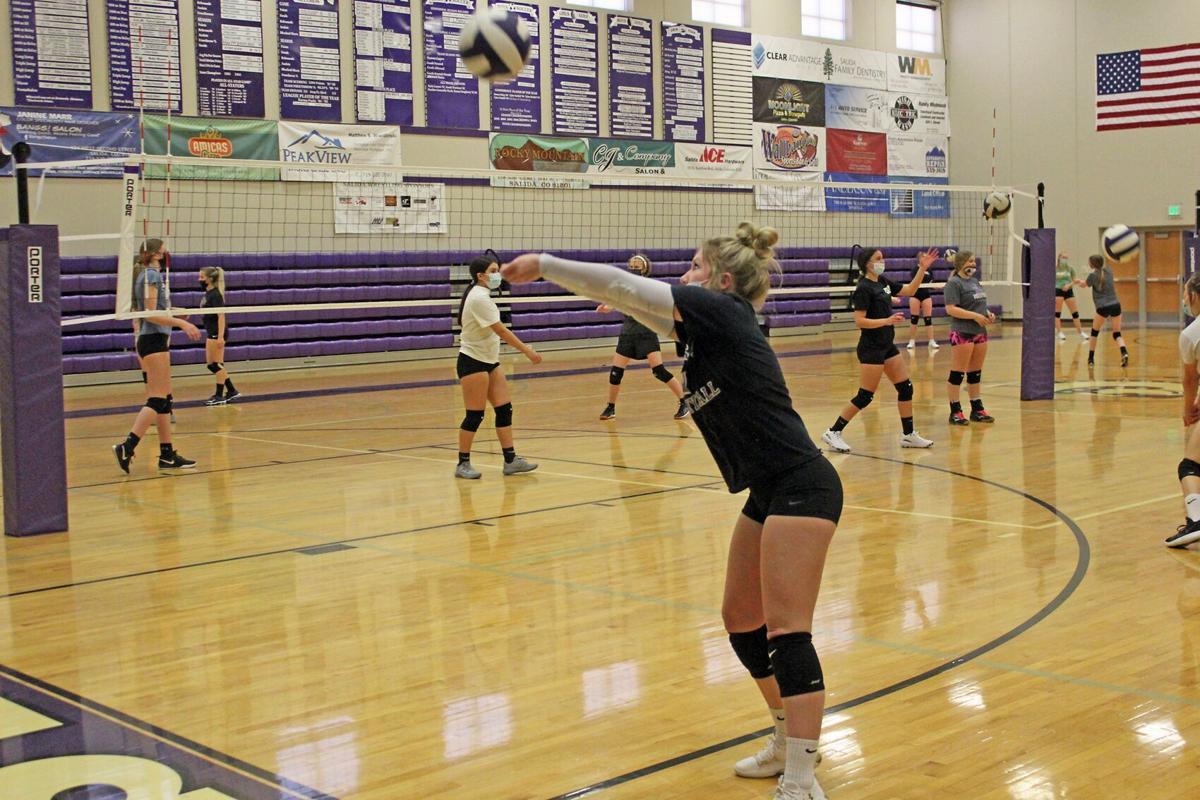 Right: Senior Quinn Burkley passes to a teammate at Monday’s practice. Burkley and Raley Patch are the Lady Spartan’s captains this season. 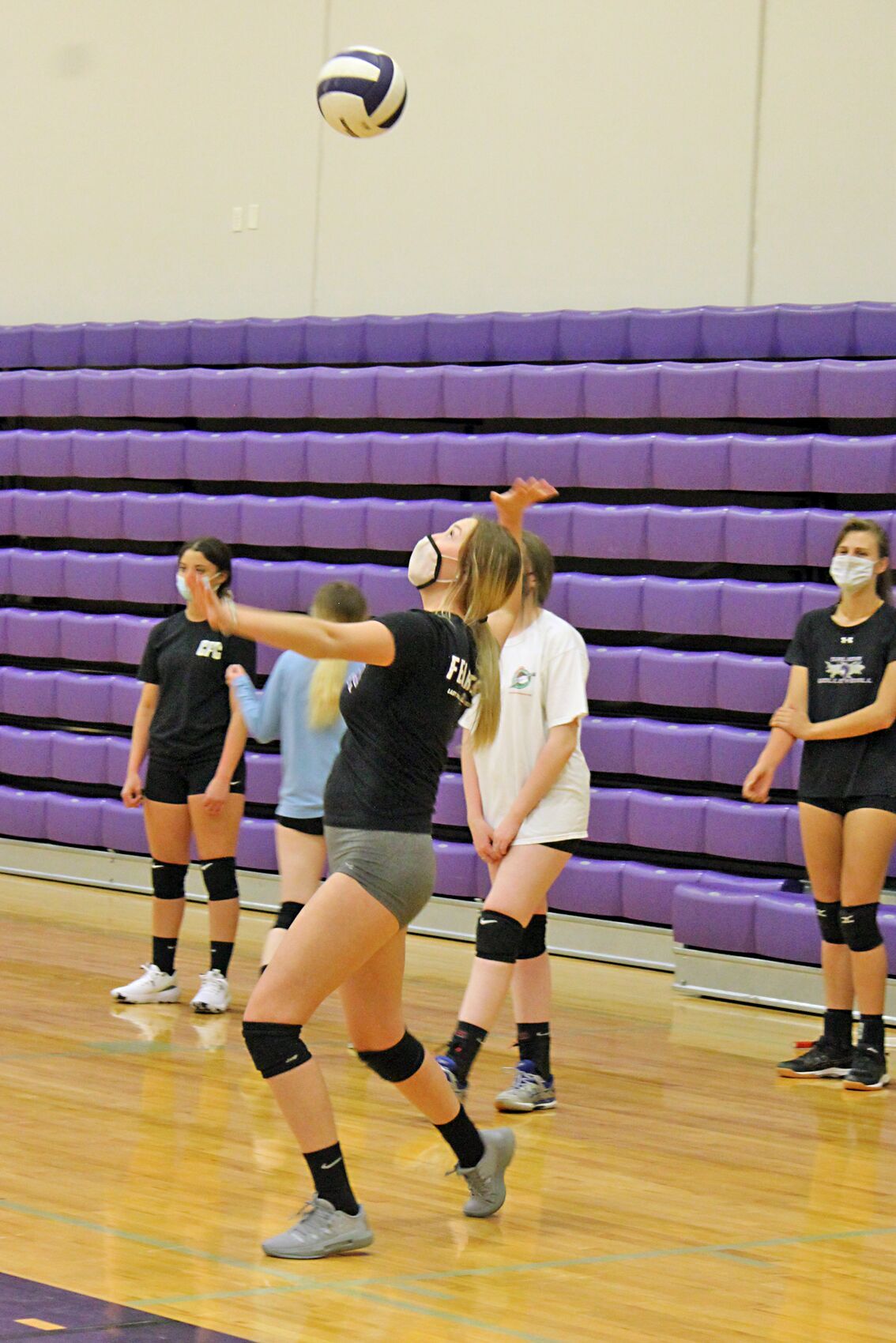 Hannah Martinez gets ready to smash a serve on Monday. Martinez is one of 38 girls playing volleyball for Salida High School this season.

Right: Senior Quinn Burkley passes to a teammate at Monday’s practice. Burkley and Raley Patch are the Lady Spartan’s captains this season.

Hannah Martinez gets ready to smash a serve on Monday. Martinez is one of 38 girls playing volleyball for Salida High School this season.

The Salida High School volleyball team returns the majority of its varsity squad from last year, giving the team some experience heading into a fast and furious season.

“The varsity girls love to play volleyball,” said head coach Haley Huffman. “They want to be good at it and they want to compete. That’s helped them become better players and better teammates.”

The team had two seniors graduate from last year’s team that finished 8-15 overall, but returns eight others that contributed on varsity. For most of the players, last season was the first time they played on varsity.

“They struggled a little last year, but now it seems like a blessing in disguise: they’re prepared and ready for the varsity level,” Huffman said.

The team has 38 girls out this year and the coach said whoever the best players are is who will play, noting that some girls are close at the setter position.

The season is also a little different this year due to the pandemic, with volleyball taking place now in the spring instead of during the fall. The  coach said the team usually plays together in summer and then they roll over into the high school season. This year, however, she said there’s been a long break since the team has been able to play together.

The season’s 13 regular season games are also crammed into a six-week period this year.

“It seems frantic,” Huffman said. “We just had to jump in and go for it.”

The coach said that normally she has an idea about what other teams look like, but this year with the long break she has no idea.

“I don’t mind because we won’t underestimate any opponents,” she said.

As far as COVID regulations for the season, the players will have to wear masks while they play this season. Capacity limits are also in place. Only 12 girls are allowed on the bench while currently two family members per athlete can watch the games.

When they step on the court, however, the coach just wants to see them be competitive.

“Playing hard and competing is the biggest goal,” Huffman said.

After an extra long layoff, the Salida High School volleyball team is glad to be back on the…