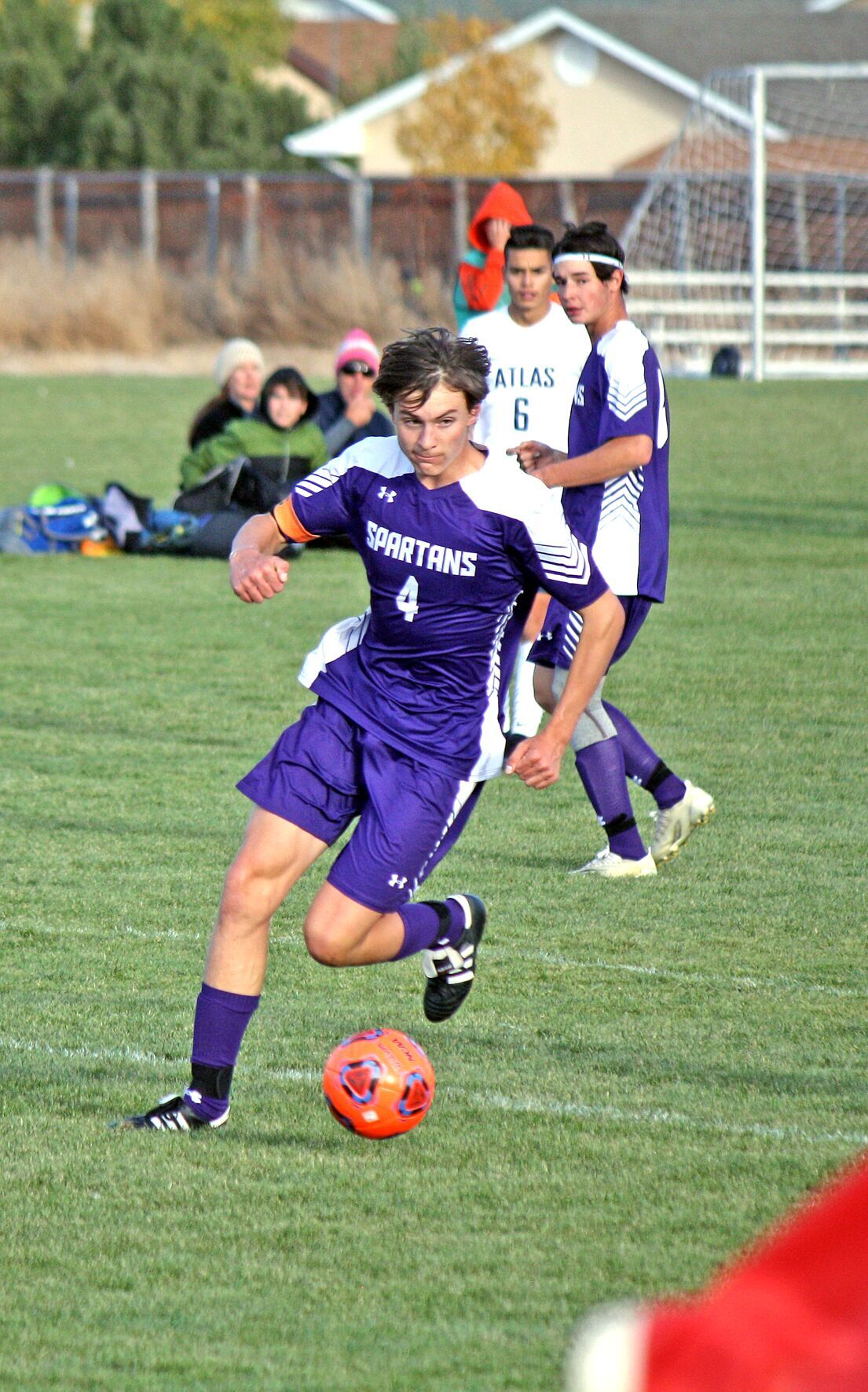 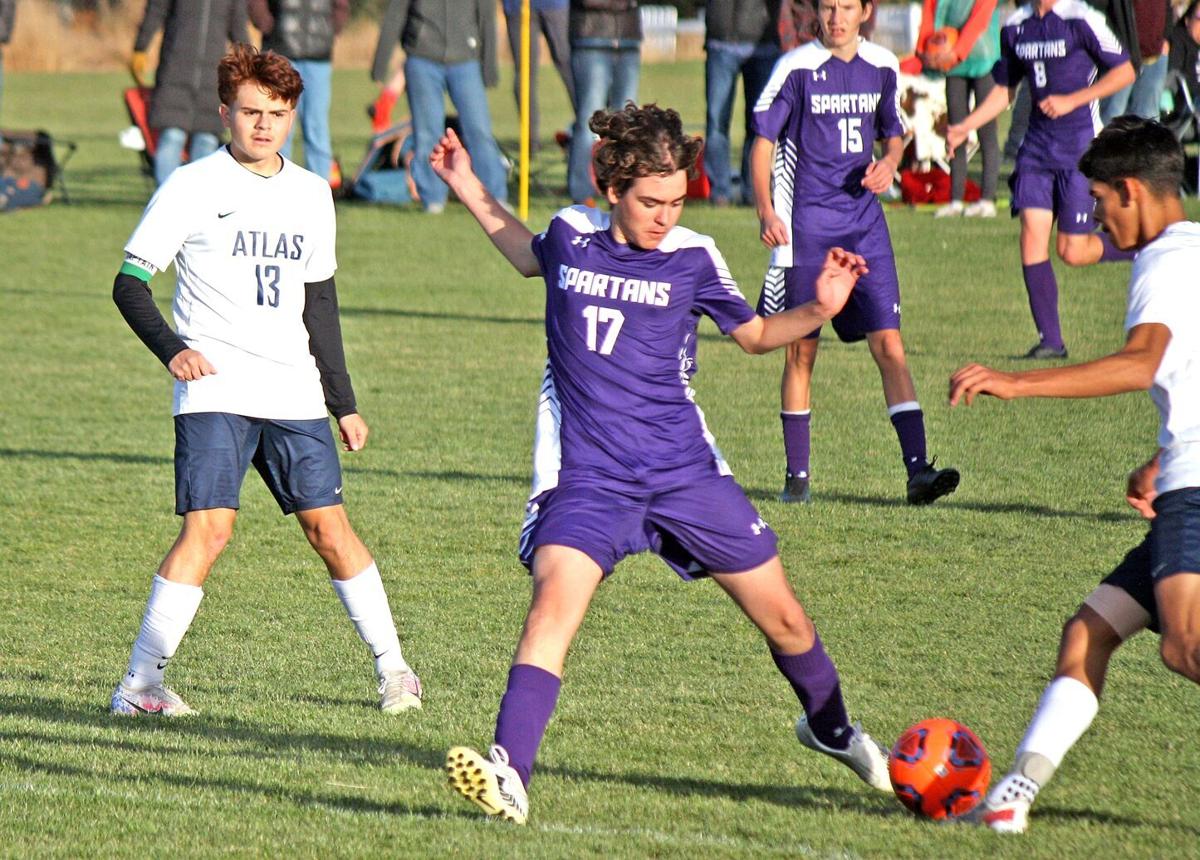 Salida High School junior Carlos Tarraso-Arjona, a transfer student from Spain and recent addition to the boys’ soccer team, winds up for a kick Thursday against Atlas Prep. Atlas, the No. 1 team in the 3A Tri-Peaks League, won 4-1.

Salida High School junior Carlos Tarraso-Arjona, a transfer student from Spain and recent addition to the boys’ soccer team, winds up for a kick Thursday against Atlas Prep. Atlas, the No. 1 team in the 3A Tri-Peaks League, won 4-1.

Despite losing 4-1 Thursday, Salida High School boys’ soccer coach Ben Oswald called the game a “respectable showing” against Atlas Preparatory School,  the No. 1 team in the 3A Tri-Peaks League, who currently stands 14-1 overall and 6-0 in league play.

The Spartans are 3-9-1 in their regular season but are 2-1-1 in league play, putting them second behind the Gryphons.

Oswald said Atlas played with two “excellent” forwards and would move up their midfield players, rushing the goal. The Gryphons put up 3 points early in the first half and one more right before the halftime whistle.

After the Spartans made some adjustments at halftime, they held Atlas scoreless in the second half.

“We moved (junior) Brady Potts up and dropped (senior) Arlo (Follet) back, knowing Brady could keep up with their rush,” Oswald said. “After our adjustments at the half, we got a lot better. I am not disappointed in their play.”

The Spartans scored their one goal on a corner kick. Oswald said he knew they would need to work hard to slip something past the Gryphon defense.

Oswald named four players as men of the match.

“(Senior) Evan Wright played his heart out,” Oswald said. “(Senior) Kaiden Veatch and (senior) Riggs Gorby, neither of those guys came out at all during the game for a rest. They just played hard with their hands full. And Potts had an outstanding game in an unfamiliar position.”

“(Senior) Ethan NeJame Zeiset made some adjustments and really helped us on defense,” Oswald said. “We also had some great play from (junior) Carlos Tarraso-Arjona.”

Tarraso-Arjona is a Spanish exchange student who recently joined the team.

The Spartans will play their last regular-season game on the road Saturday at James Irwin, who is currently in third place in the 3A Tri-peaks League at 2-2.

“This is a game we not only need to win, we expect to win,” Oswald said. “If we don’t play tough, they could punish us, but if we play together, I feel we could see lots of success.”