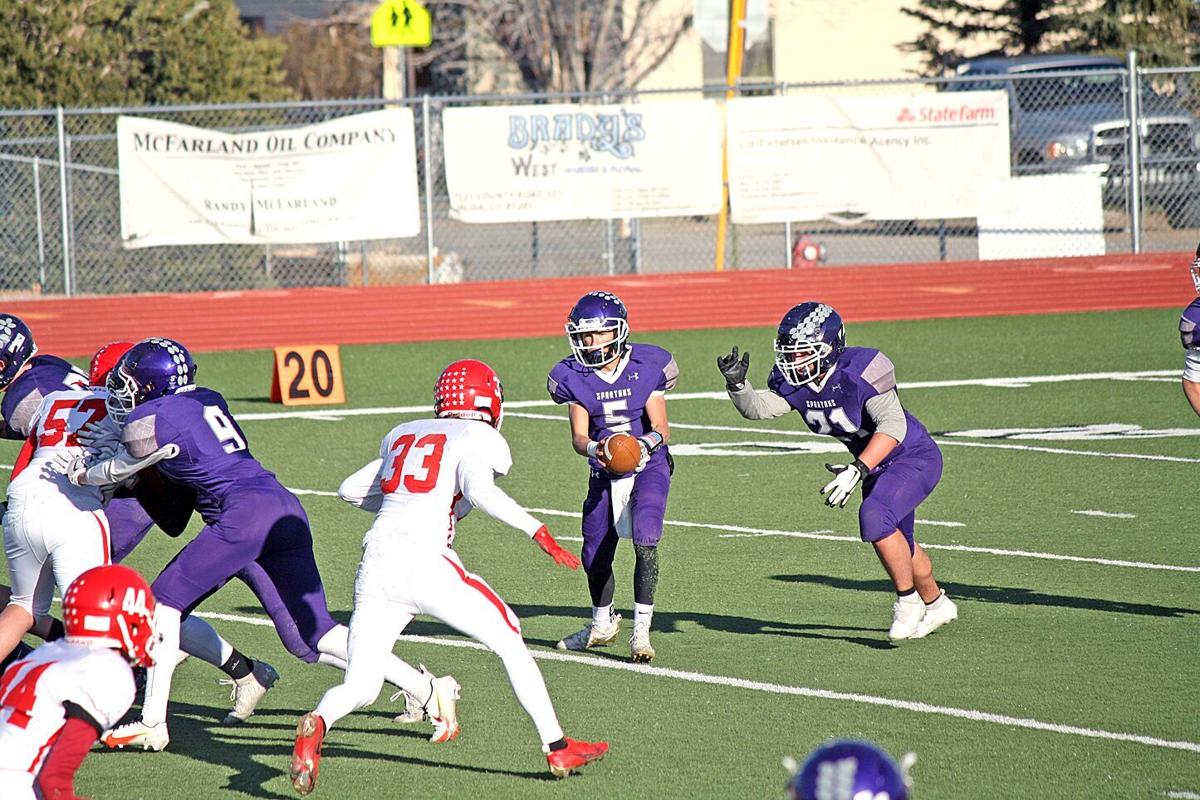 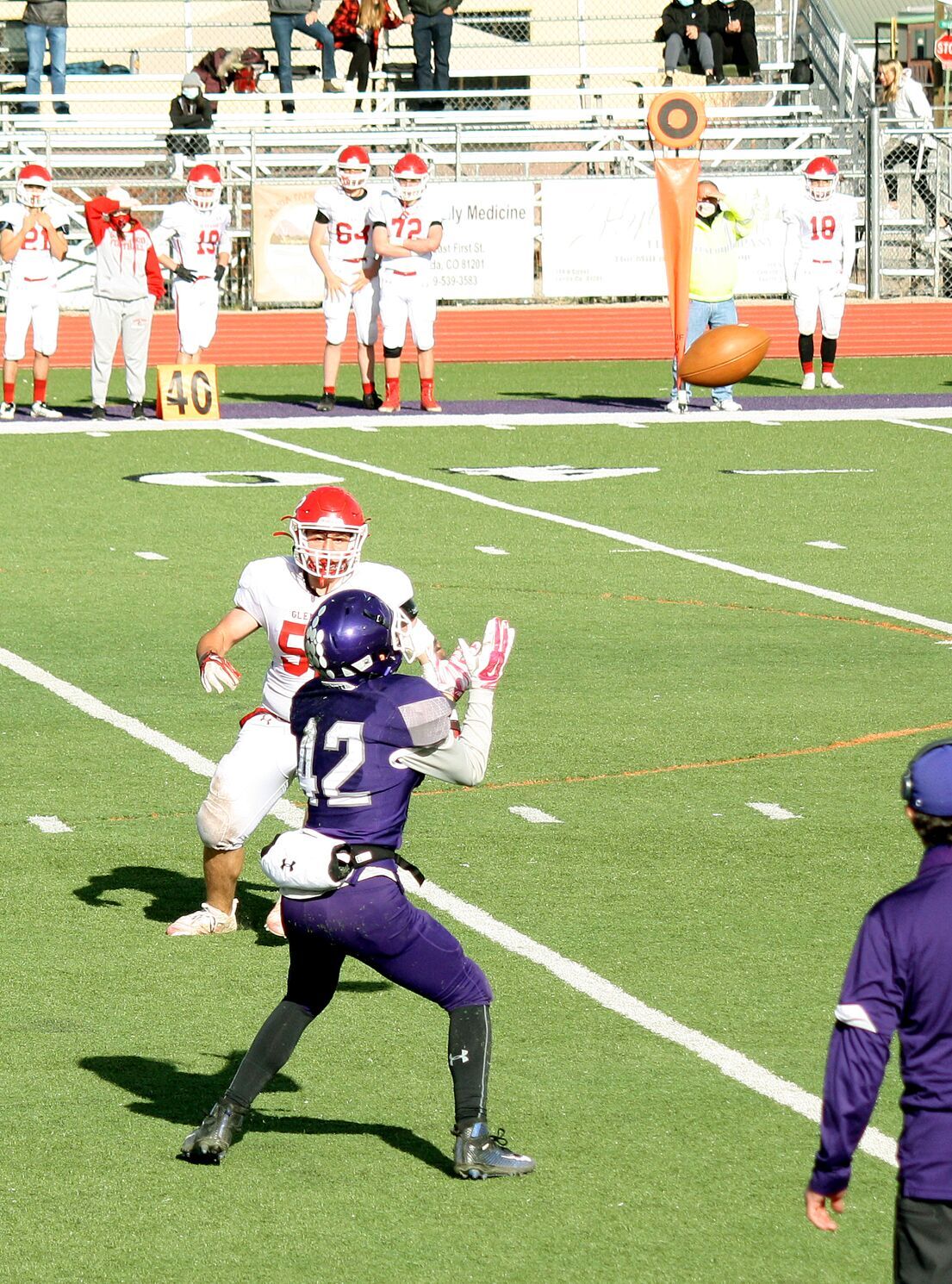 Spartan freshman Anthony Ortiz reaches up to pull down a pass Saturday. Salida has one more game on its schedule, playing the Littleton Lions at 5 p.m. Thursday at home.

Spartan freshman Anthony Ortiz reaches up to pull down a pass Saturday. Salida has one more game on its schedule, playing the Littleton Lions at 5 p.m. Thursday at home.

The defeat puts Salida at 0-6 for the season.

“It may be hard to see, but we were much improved from the start of the year,” coach Matt Luttrell said. “We got off to a slow start but had a great second half.”

The Demons scored their first touchdown 8:31 into the first and their second three minutes later. Their third touchdown came with about two minutes left in the quarter, taking their lead to 21-0 at the end of the first.

They scored three more times in the second to finish the half 43-0.

When a team is down by more than 40 points, the game clock will keep running and stop only for timeouts and injuries.

Glenwood Springs showed its class at this point by pulling out the entire varsity team, having the varsity players take off their helmets and line up to indicate they would not be returning, before putting in the junior varsity.

The Spartans started with the ball in the second half but struggled, first fumbling the ball out of bounds, where they retained possession, then fumbling again to lose possession.

The Spartans lost the ball five times during the game due to fumbles.

“It all comes down to reps,” Luttrell said. “Some of these guys are stepping into new positions and just don’t have the practice taking hand-offs and holding onto the ball as much as we’d like.”

The Demons took over and drove down to the Salida 25, when the Spartan defense stepped up in a big way.

After forcing Glenwood Springs into a 4th and 10 situation, sophomore Drew Johnson came up with a big fumble recovery.

After Salida lost the ball on downs, the Demons were able to drive down the field for their last touchdown at the end of the third quarter. Salida stopped the 2-point conversion to start the fourth quarter down 49-0.

The Spartans tried to put together several offensive threats, but fighting against both the Demons and the running clock, they ran out of time.

Salida was also hampered with injuries throughout the season, with six players out during the game.

Luttrell said it really gave some of the younger players a chance to step up, like freshman Chris Graf, who started the season as a guard but was playing fullback Saturday.

“All of these kids are extremely promising players,” Luttrell said. “If they can handle the losses and stick with this, they will be something special.”

Edgington led the team in tackles for the night, and Graf was the team’s leading offensive player.

Luttrell also acknowledged the work of coaches Rich Young and Tim Schwartz, who have 27 years combined as coaches at Salida High School.

The Colorado High School Activities Association has allowed teams to add one more game to their scheduled if they want, and Salida will play Littleton at 5 p.m. Thursday at home.

The Littleton Lions are 0-6 and in last place in the 3A East (spring) football league. They lost their last game 46-6 to Faith Christian (2-3) and have scored only one touchdown this season.