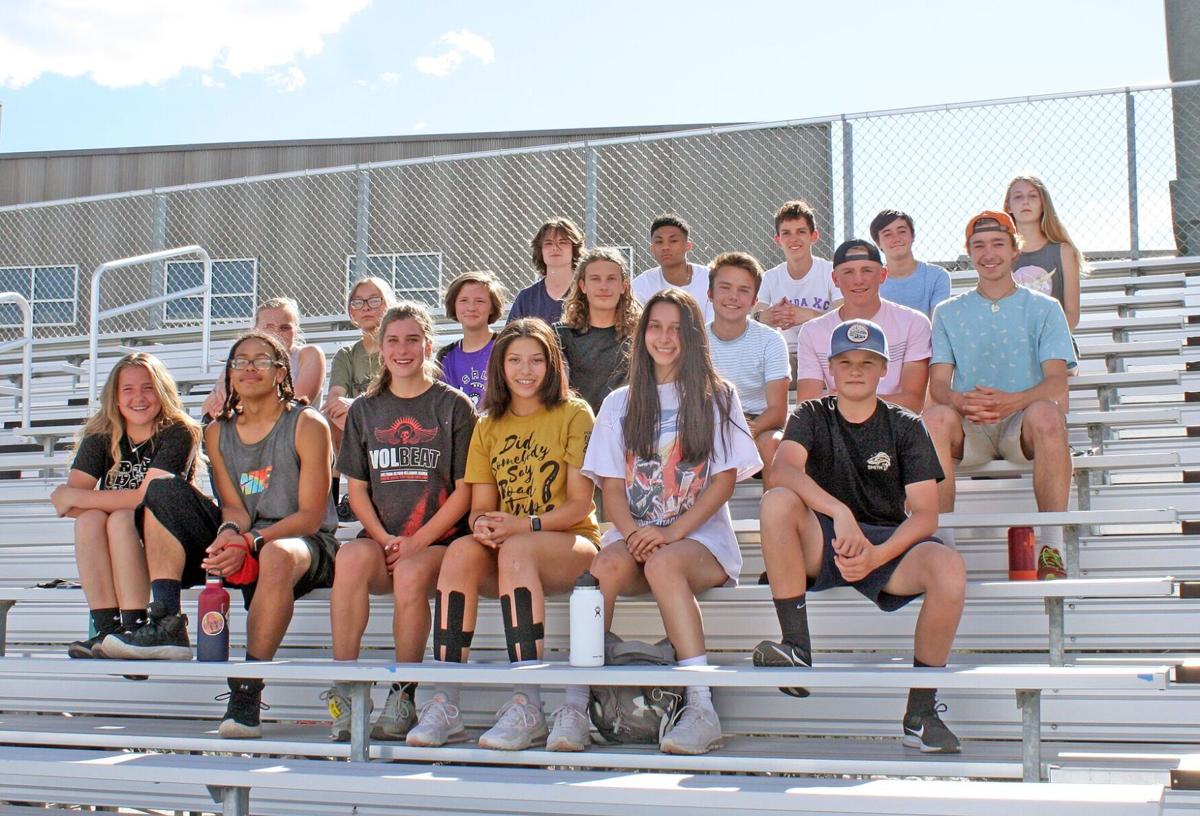 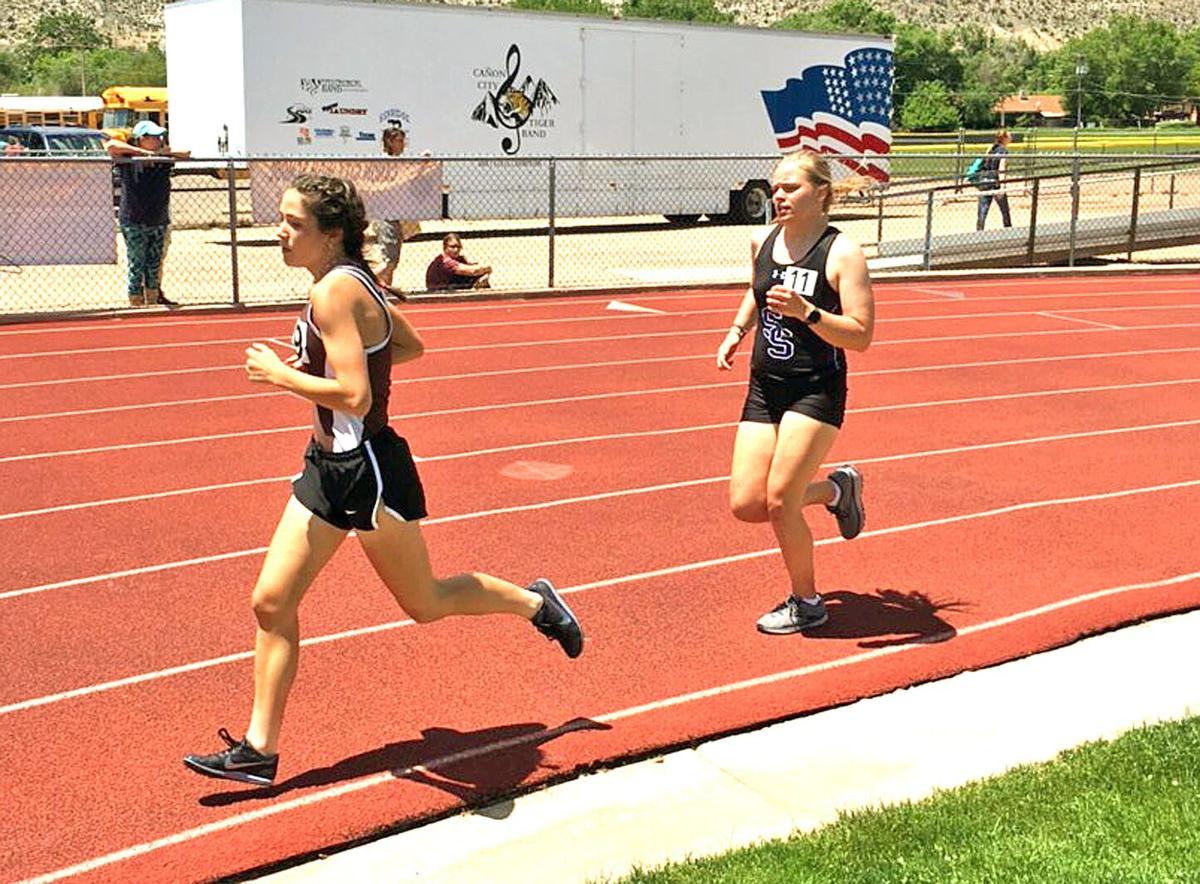 Junior Ella Haynes chases her opponent at the Blossom Invitational. Haynes runs the 1600 and 3200 meters. 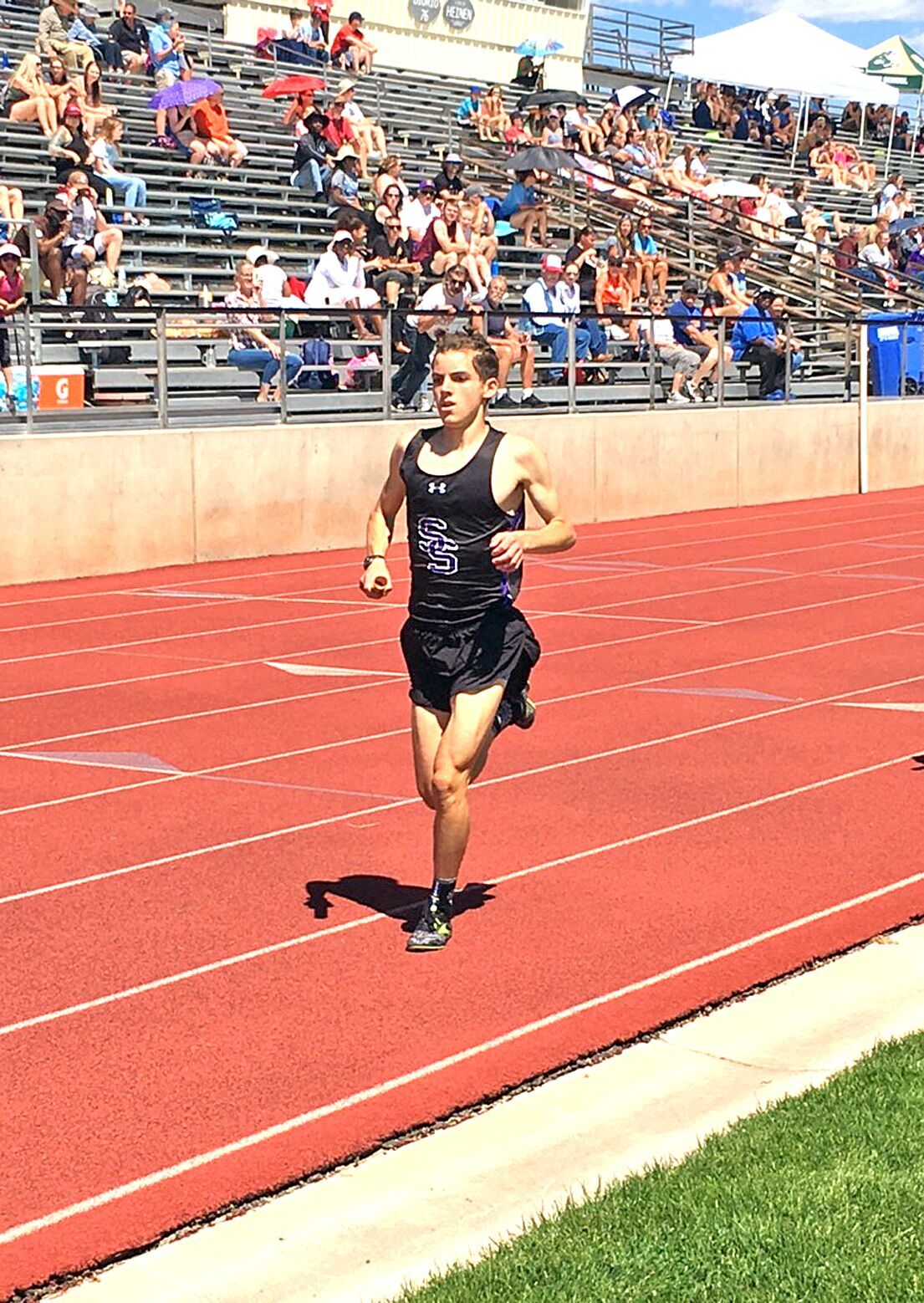 Junior Elijah Wilcox runs alone in the 3200 meter race at the Cañon City Invitational. Wilcox took first with a time of 10 minutes, 12.56 seconds.

Junior Ella Haynes chases her opponent at the Blossom Invitational. Haynes runs the 1600 and 3200 meters.

Junior Elijah Wilcox runs alone in the 3200 meter race at the Cañon City Invitational. Wilcox took first with a time of 10 minutes, 12.56 seconds.

Track and field is a different kind of team, where athletes, for the most part, compete individually in a vast variety of events including short distance sprints, long distance runs, various jumping and throwing competitions.

At Salida High School, the athletes may be competing in different events, but they all come at them with positive attitudes.

“I think the season’s been really good so far,” sophomore Quinn Smith said. “I think we will get better with more time. My personal goal is to go to state, either as part of a relay team or running by my self, that would be great.”

“As we go on, I think we’ll see a lot of personal records as we head toward state,” junior Elijah Wilcox said. A lot of us have set (personal records) already. I’m excited to work hard and secure my spot in state.”

“The season has been promising so far,” junior Kuper Banghart said. “What the distance crew had done so far has been really good. I hope we can take as many people to state as possible.”

“So far we have done well at our matches – set a lot of new personal records,” junior Macy Mazzeo said. “I think we’ll have a few kids going to state.”

“I think we’ve been doing really good so far, even with our small numbers,” said senior Kai Brown. “We try and push each other to be better. I really enjoy it, even with the short, weird season.”

While they all have great attitudes toward the season, they all have different reasons why they join the track team and compete in the events they do.

Brown said, “This is my first year running track. I usually play club soccer now, but this year the soccer schedule changed. I broke my back in February, and couldn’t even play soccer.

“I wanted to use track to get back into shape. I didn’t want to end the year with just a broken back and nothing else. I’m really glad I decided to join. It’s been a fun experience, I’ve met some great new people and get to go out with a bang.

“I run the 200 and 400 meter dash because my dad ran the 400 meter, and he always inspired me,” Mazzeo said. “I enjoy sprints as well as being with the track team in general.”