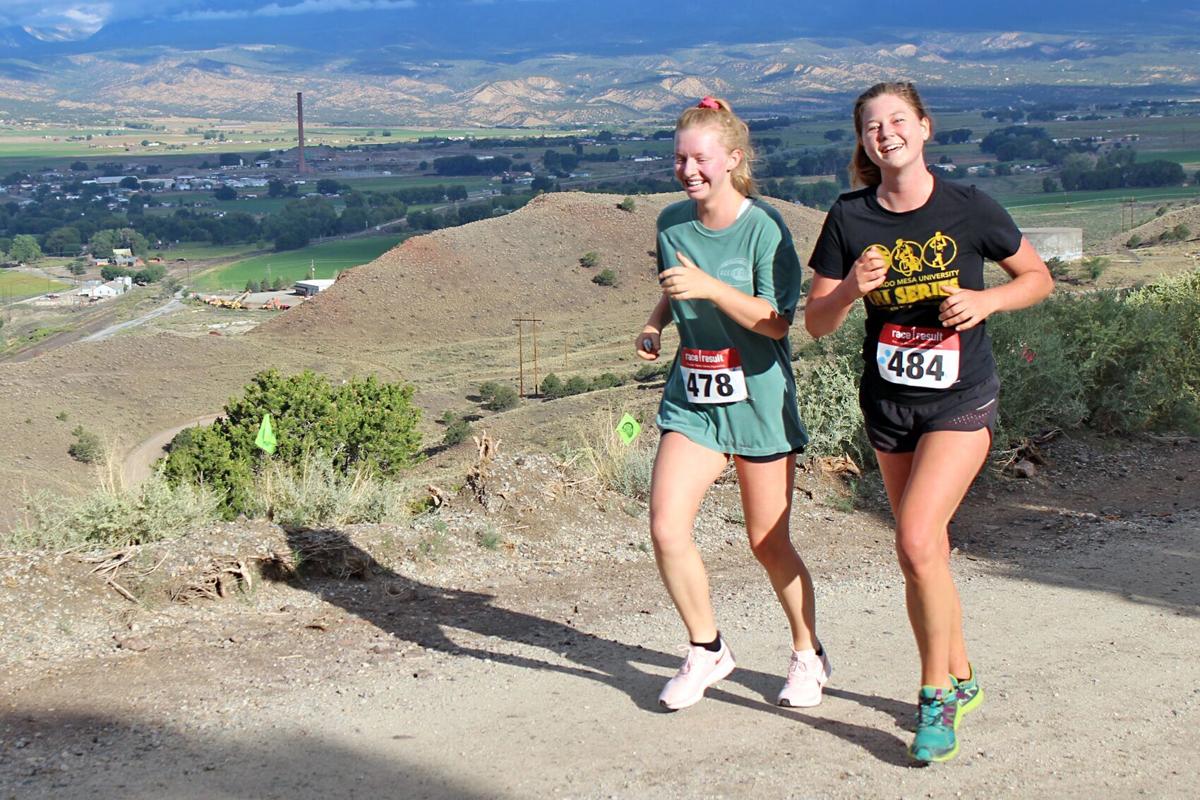 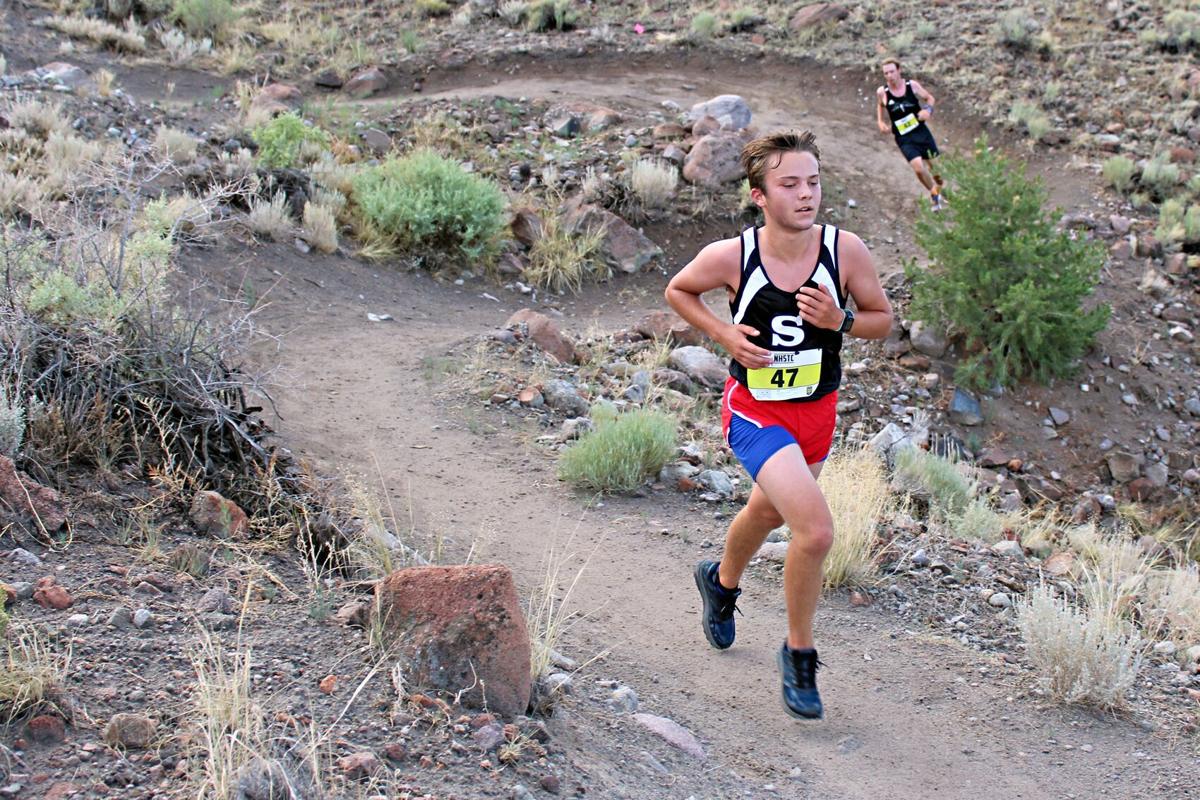 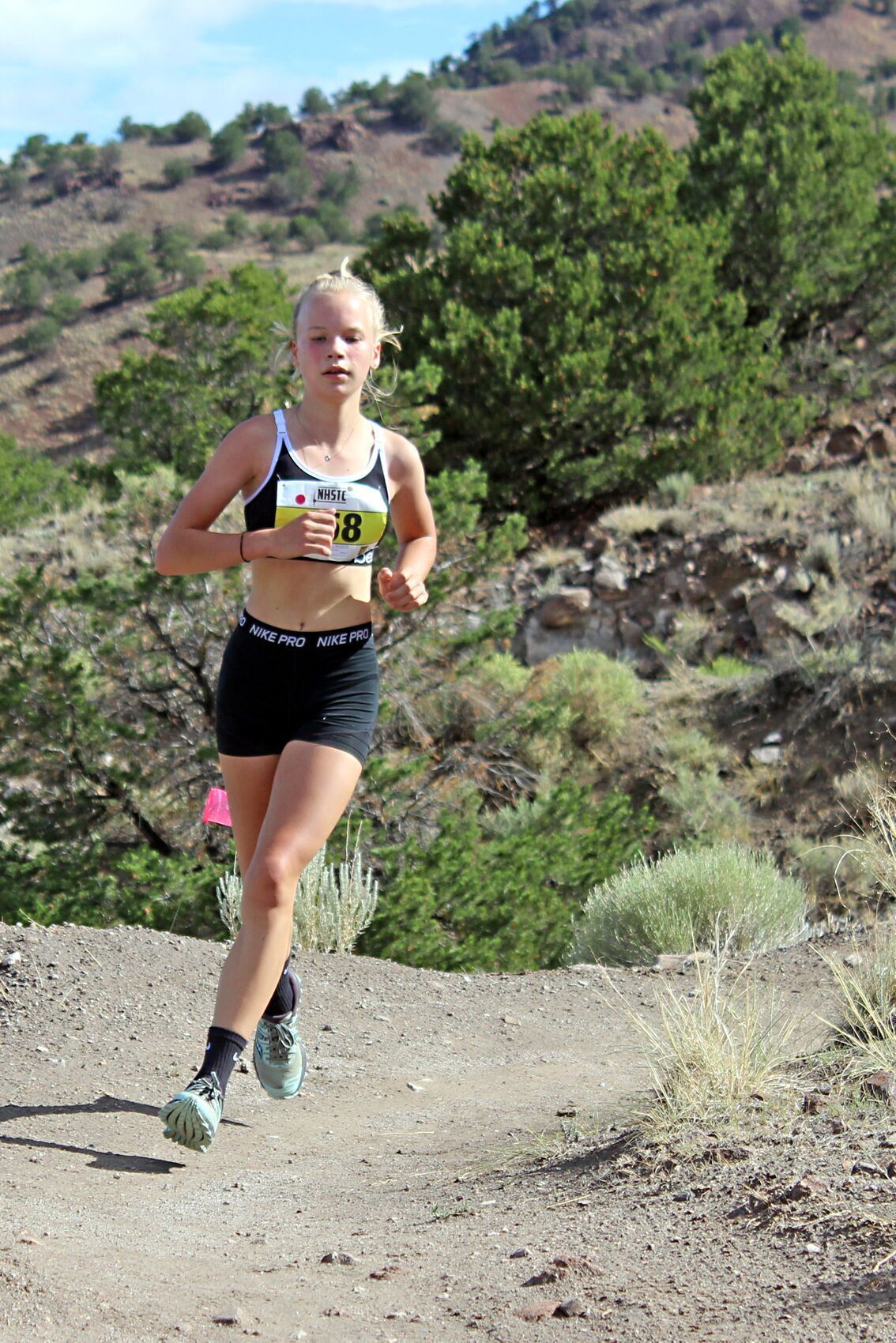 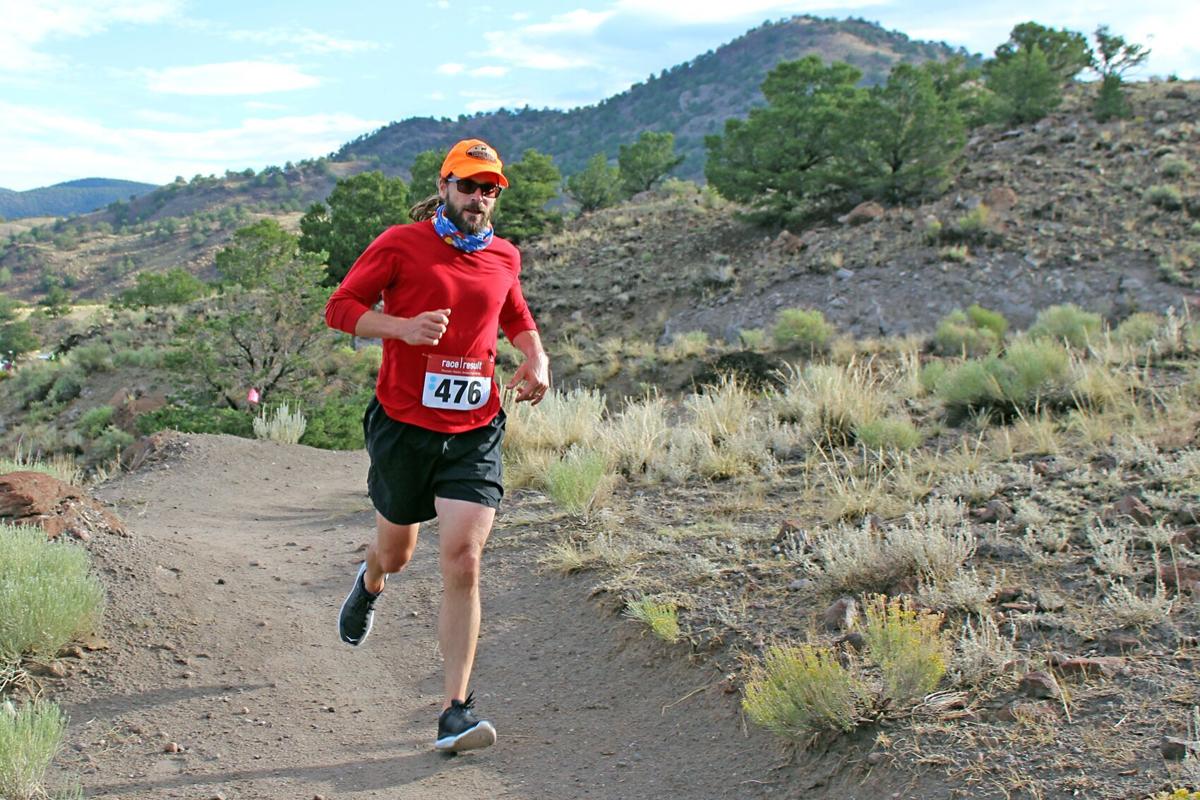 George Mossman competes in the Beas Knees citizens race Saturday in Salida. The citizens race had 45 males and 33 females competed this year. 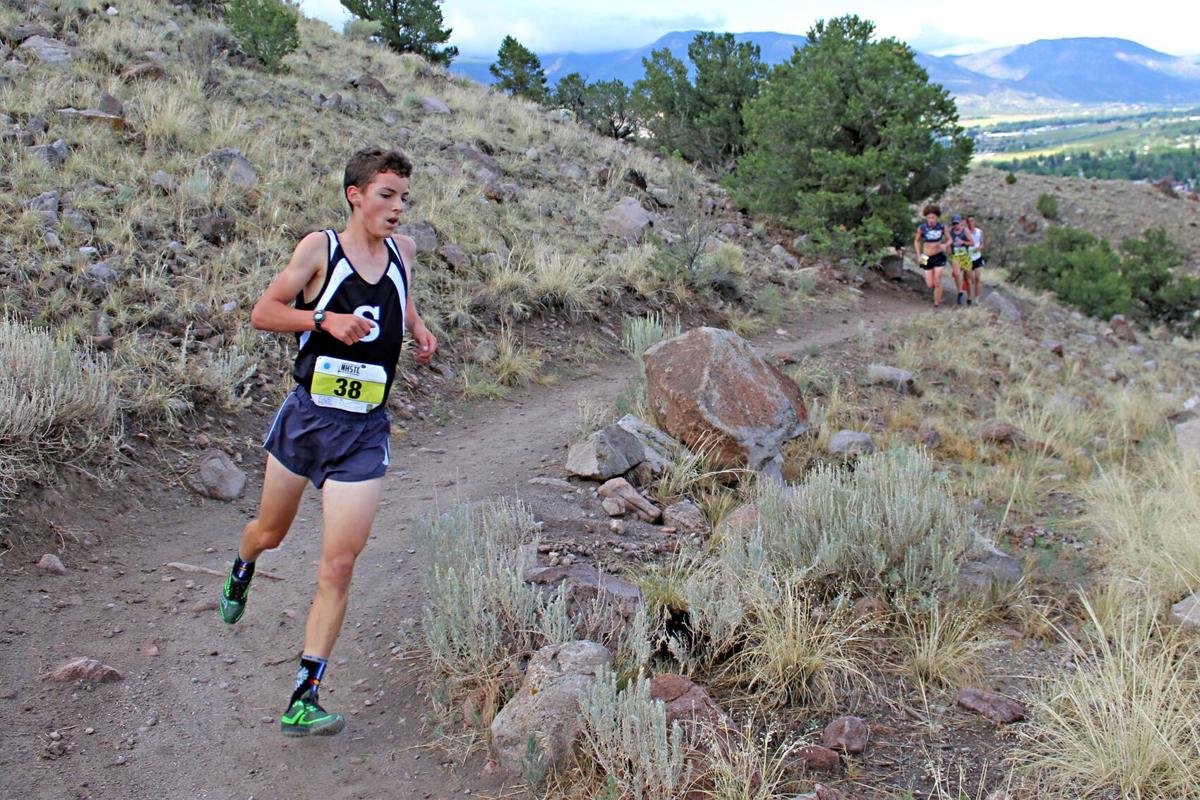 Elijah Wilcox leads a group of runners up Frontside Saturday during the National High School Trail Championships. Wilcox finished 16th out of 103 runners in the race.

George Mossman competes in the Beas Knees citizens race Saturday in Salida. The citizens race had 45 males and 33 females competed this year.

Elijah Wilcox leads a group of runners up Frontside Saturday during the National High School Trail Championships. Wilcox finished 16th out of 103 runners in the race.

Only Taylor Stack’s course record in the Beas Knees men’s division remained after the day, but even his mark lost its spot as the fastest overall time.

In the female division of Beas Knees citizens race, Morgan Hykes won in a new record time of 38:38.80, breaking Taryn Ceglowski’s record by roughly 15 seconds. Neither Stack or Ceglowski raced this year.

“It’s really crazy to have such kids,” said Salida’s Kuper Banghart. “There’s always a bunch of big guns who show up anyway, but this is the only cross country race (I think this summer) so it got a big boost.”

The winners of Saturday, however, weren’t necessarily the first runners to the finish line. Due to the COVID-19 pandemic, this year’s races included some extra precautions. The runners started in heats of 10 instead of a mass start to spread them out. They also had to wear masks at the start and finish, but not during the race, and the post-race awards ceremony was also scrapped in attempt to keep people from congregating. The runners carried timing chips while on course to clock their times, and the fastest won.

“I was pleasantly surprised,” Banghart said about the staged start. “I thought there wouldn’t be anybody to run with, but it went pretty smooth and actually made it easier to pass. And there was always someone in sight.

Banghart, however, said Saturday’s race was “a little rough” for him.

“I had a lot of kids that were just crazy fast and I tried to hold to them and ended up regretting it,” he said.

“They both did really well,” Banghart said, noting that Baxter used a 5K time for seeding from his freshman campaign and ended up passing a whole heat of runners while Wilcox stayed in the mix and was competitive in a fast heat of kids.

Kuper, however, said all of the kids from Salida know the course backwards, and said part of their advantage is they know when to burn and also know to drink water, water and more water before the races. “That’s definitely key,” he said.

Salida was also well represented at the top of the citizens races.

Camden Gillis, who runs for the Colorado School of Mines, finished fourth in the men’s division in 33:56.23, 55 seconds behind the winner, Andrew O’Keefe of Adams State.

Hykes, meanwhile runs for Adams State and she beat her teammate, Amalia Dorion, (40:17.07) by 1:38 to win the Beas Knees. After the college runners, 11-year old Anna Prok finished third in 41:08.84. Salida’s Bari Beasley then finished fourth in 42:39.47. The Beas Knees is named ofter Beasley’s father, Brett Beasley, a former U.S. Forest Service Ranger who was instrumental in connecting countless people to the outdoors.

With times determining the winner instead of who crossed first, Kuper said he knew the race would be more of an internal game this year, but his strategy didn’t change, “Try to make the person next to you hurt,” he said.

Saturday’s blazing times through the Arkansas Hills certainly caused some pain, but the most of the winners have some new records to show for it.

In the high school team races, Niwot claimed the boys’ title with 28 points, followed by Cheyenne Mountain (48) and Battle Mountain (82). Salida finished seventh out of 10 teams with 137.