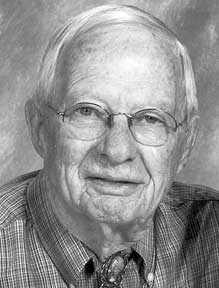 On Aug. 4, 1951, he married Janet Fenstermacher in Kennett Square.

He was a member of the Salida Methodist Church for more than 50 years.

Mr. Murphy was also a member of the Salida Blue Lodge, MonArk Shrine Club, Salida Sertoma Club and Heart of the Rockies Jeep Patrol, and he served on the Salida City Council.

His favorite hobby was playing golf and he loved all sports. He was a lifelong Broncos fan and a regular at the Salida Booster Club.

Mr. Murphy and his wife owned and operated the Salida Flower Store for 13 years.

He was active in the community with various charitable events. Friends and family said he was a supporter of “all things Salida,” had a sense of humor and brought smiles to the faces of all he encountered.

Cremation was chosen and services will be held later.

Memorial donations may be made to Pikes Peak Hospice or Laurel Manor Care Center through Lewis and Glenn Funeral Home in Salida.