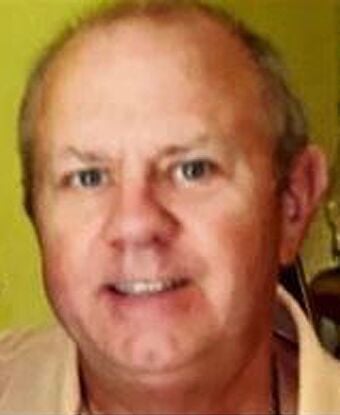 He was born March 14, 1946, in St. Paul, Minnesota to John Sever Rockney and Vivian Florin.

He grew up in St. Paul, graduating from high school at St. Thomas Military Academy.

He completed his bachelor’s degree at Regis University in Denver.

He was a manager for Regis’ swim team and member of the Alpha Kappa Psi fraternity.

While at Regis, he met his future wife, Cathie, who attended Loretto Heights, a neighboring college.

Shortly after graduation, Robin enlisted in the U.S. Army serving a portion of his time in Vietnam.

Mr. Rockney was employed at his father’s interior design studio and worked at Minnesota Mutual.

Most of his career was spent in contract administration and negotiation at Sperry Univac, Honeywell, Alliant Tech Systems, and lastly at Goodrich, where he was a facility security officer and government property manager.

He was an active member of the National Contract Management Association.

The Rockneys raised their family in the St. Paul area, where he made friendships with great neighbors and people within his community.

Additionally, he enjoyed many years at his family cabin on Martin Lake, Minnesota, where he taught his kids fishing, boating, swimming, and other lake life adventures.

Mr. and Mrs. Rockney enjoyed Colorado, where they were able to retire and build their dream log home in the mountains in Maysville.

They enjoyed the peace and tranquility of the mountains, elk, deer, bear, and moose that frequented their homesite.

Mr. Rockney was in charge of one of the few historic schoolhouses left in the area, the Maysville School, established in the 1800s, and was also a volunteer at the Salida Museum.

Even just recently, he became involved with his newest community in Littleton, as the president of the Chatfield Bluffs Condo Association.

In lieu of flowers, memorials are suggested to the Wounded Warrior Project at www.woundedwarriorproject.org.

Interment will be at Fort Logan National Cemetery in Denver

A celebration of life will be scheduled at a later date to be determined.

Arrangements were with Heflebower Funeral Services of Highlands Ranch.

Online condolences may be offered at https://www.heflebowerfuneralservices.com.