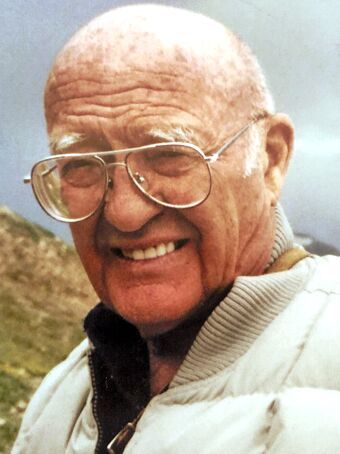 His death was COVID-19 related.

He was born De. 17, 1923, in Firestone to Casper Charles and Louise Darras Coan.

When he was 12, his father died in a fishing accident and he and his younger brother Paul were raised by their two older sisters Charlotte and Virginia, while their mother worked full time to support the family.

He graduated from Littleton High School and attended Denver University prior to serving as an aircraft mechanic at Hill Air Force Base and Hickam Field in Hawaii.

After the war, he and his brother-in-law David Chenault, were the owners of a sporting goods store in Littleton.

He also worked in the lumber business where he met Sharon Lee Silva. They were married May 15, 1954.

The couple started their family in Alamosa, moved to Sargents and eventually settled in Salida in 1966.

Family and friends said his fondest memories were the early days of plowing snow on Monarch Pass and maintaining the roadway for safe travel, Sunday picnics, fishing and camping trips in the Colorado mountains.

Following retirement for the highway department in 1982 Mr. Coan was able to expand his contributions to the community.

Each year he helped coordinate the community Thanksgiving Dinner, distributed food commodities for the county, assisted with prison bible groups and worked with the Area Agency on Aging in various capacities and driving the Disabled American Veterans’ van to assist local veterans with doctor appointments in Colorado Springs and Denver.

He often said, “Neighbor helping neighbor is the only way. Everyone has a talent and that talent should be used for the good of all.”

Mr. Coan was preceded in death by his wife; daughter Kathy; parents; his brother; and his sisters.

The family will have a memorial service July 17, 2021 in Salida. The exact location and service will be determined by COVID-19 rules at that time.

Mr. Coan’s ashes will be interred with his wife’s at the Episcopal Church of the Ascension.

Those who wish may make a contribution to www.feedingcolorado.org, a food charity in Mr. Coan’s memory.