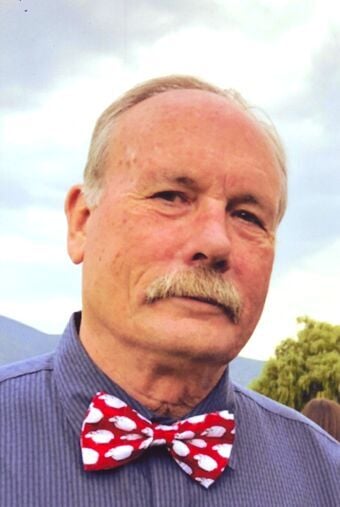 He served in the U.S. Army during the Vietnam War.

Mr. Estell attended the University of Illinois where he earned his masters degree in both education and science.

He culminated his time there as principal of Rough Rock Elementary School.

Mr. Estell completed his educational career in Salida where he retired after 18 years as Longfellow Elementary School principal and a Salida School District administrator.

The Estells retired to Mesquite, Nevada where he enjoyed gambling at Dottie’s and Casablanca Casinos.

Friends and family said his greatest joy was spending time with his family, especially his kids and grandkids.

He was preceded in death by his father; brother Mark Estell and his loyal dog Budd.

Donations toward the cost of delivering Mr. Estell’s ashes to his home town may be made via Zelle, Kalonna 432-212-9629.

Arrangements were with Virgin Valley Mortuary of Mequite, Nevada.