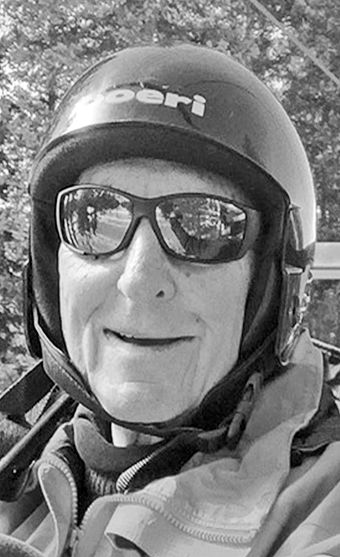 He was a retired veterinarian who built one of the largest practices in Wisconsin. Family and friends said he was renowned for his animal ophthalmology expertise and took care of elephants, big cats, dairy cows and family pets. He also practiced on the island of Grand Cayman.

He was committed to public service his entire life.

He was an Eagle Scout and he served in the United States Army from 1956-1961 doing biological research.

He was elected and served as a county supervisor for Dane County (Madison), Wis., and was instrumental in establishing one of the most highly-regarded park systems in the country.

As a Jaycee, he spearheaded the construction of a free Children’s Zoo in Madison, Wis., and was an avid supporter of protecting all animals.

He was an active volunteer at the Cayman Turtle Farm, established in 1968, where he contributed his efforts to study and preserve the green sea turtle.

He volunteered as a trail veterinarian for the Iditarod Trail Sled Dog Race in Alaska.

In retirement, he served as president of the Rotary Club in Jackson, Wyo., and was active in both the Rotary Clubs and Humane Societies wherever he went.

He was recognized for his volunteerism in 2002 when he was selected to carry the Olympic Torch through Denver on its journey to Salt Lake City.

Family and friends said family came first in everything he did, and his children and grandchildren were treated to endless stories (both fiction and non-fiction with the line occasionally blurred) and a large repertoire of jokes. In a wager, he told 500 jokes in a row, from memory, at the age of 82.

Once, after winning an award, he was treated to a golf trip in Arizona, but upon arriving he and his wife elected to try skydiving instead.

From a lakeside home in Wisconsin, he and his wife created a wonderful family life that treated their five children to adventures that were uncommon in the middle of the 20th century.

An avid skier and scuba diver, he taught his kids to dive, explored underwater caves and owned his own trawler for deep water shipwreck research. He had just recently completed writing his first novel.

Family and friends said it is believed he checked every box on his bucket list and then some, including rafting the Colorado River through the Grand Canyon several times over the last 40 years, at his wife’s request.

Memorial contributions may be made to Salida-area Parks Open-space & Trails or to W.S. Donavan, 10403 W. Cherokee Circle, Salida, 81201.

A bench in his memory will be placed along a trail, probably with a curious quote.

Arrangements are with Neptune Society in Isle of Palms, S.C.