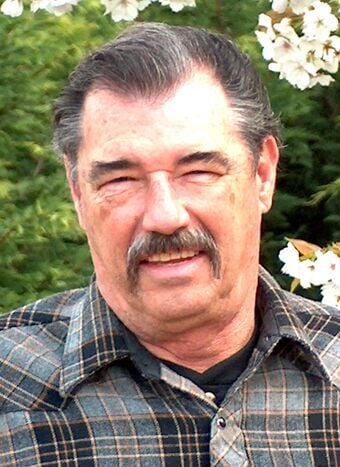 He was born Feb. 6, 1942 in Downey, California to Horace Russell and Louise Marie (Phelps) O’Donnell.

He served in the U.S. Army as a paratrooper with the 82nd Airborne in the early 1960s.

He was a reserve Police Officer in Fort Worth, Texas and a business owner in the 1970s.

He moved to Salida in 1978 and worked for the Colorado Departments of Corrections in Buena Vista.

He remained a resident of Chaffee County until 1992 when the Department of Corrections transferred him from Buena Vista to Limon.

He retired from the DOC in 1999 and moved to Washington State.

He earned a second retirement from the Washington State Department of Veterans Affairs Spokane in 2010.

His father remained a resident of Salida until his death in 2005. The family kept his home and Mr. O’Donnell would take one or more trips every year from the early 1980s to 2015 to rock hunt up on Mount White, Mount Antero and Lake George with his good friend Kerry Schmidt, of Georgia, and others.

Mr. O’Donnell had long ties to Chaffee County and was known by almost everyone in the area involved in mineral collecting.

He was a long-time member of the Chaffee County Columbine Gem and Mineral Society and an avid collector, a legacy and passion he passed on to his son and his grandchildren

Mr. O’Donnell and his father were featured in the 1993 book “Antero Aquamarines” and the cover of the Sept. 13, 1994 Mountain Mail when they brought a 100 pound specimen of smoky quartz, feldspar and mica on a makeshift Indian travois down from Mount White (reported as Mount Antero).

He and his son Keith appeared on season three, episode 10 of the TV show “Prospectors” that aired on The Weather Channel Feb. 9, 2015, in a tribute to his father, Horace “Rosy” O’Donnell, by Dwayne Hall.

Mr. O’Donnell was preceded in death by his parents, of Salida; grandson Braydon S. (Bubba) Hause, of Spokane Washington; and great-granddaughter Leona K.H. O’Donnell of Texas.

In lieu of flowers please donate to either: Columbine Gem and Mineral Society in Salida, or Hospice of the Valley, Gilbert Arizona.

A veteran’s marker in his honor will be placed in the Dallas-Fort Worth National Cemetery.

Arrangements were with Bueler Mortuary of Chandler, Arizona.