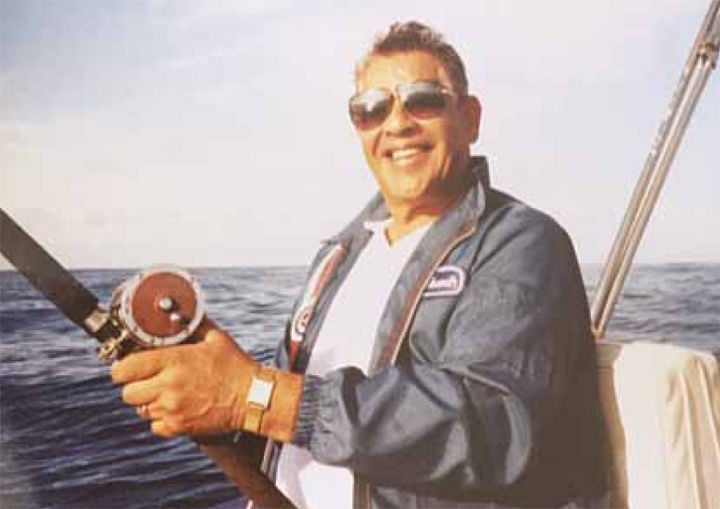 John Martinez, (above), was a life-long Salida resident and businessman who owned and operated Martinez Trash for many decades and helped survey the Monarch Ski Area. 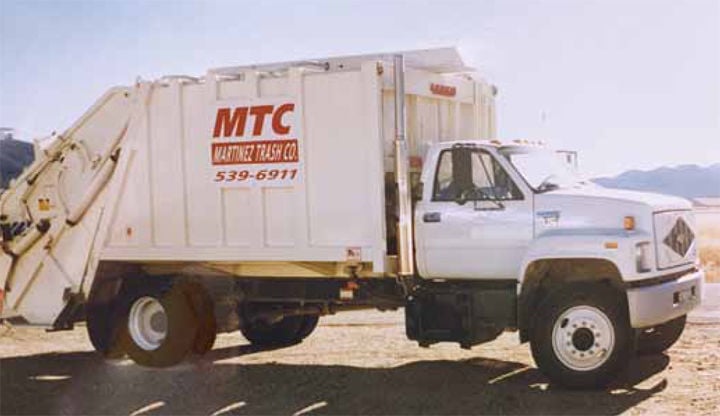 This is one of the Martinez Trash Company vehicles which were a common sight around Salida over 20 years ago.

John Martinez, (above), was a life-long Salida resident and businessman who owned and operated Martinez Trash for many decades and helped survey the Monarch Ski Area.

This is one of the Martinez Trash Company vehicles which were a common sight around Salida over 20 years ago.

When John Martinez passed away last month, another generation of an old Salida family business went with him. Beginning in the late 1950’s, Martinez Trash Company was a regular sight and member of the Salida business community.

Starting with John’s father, Juan Baptisto, the family has been hauling trash in different forms for nearly a century.

The business began in the 1920s, by using a horse and wagon to haul coal and wood into the downtown businesses for heat; and then disposing of the subsequent ash.

Decades later, Scott Martinez, John’s son, began his career in waste by helping his father on the back of John’s two trucks.

“I think my Dad took a part time job and a need of the community and turned it into a full fledged family business that he turned around and sold the largest waste hauler in the country,” Scott, Waste

Management Senior District Manager in the Four Corners Area, said of his father.

Martinez Trash truly began in the Great Depression. John’s family moved to Salida in the 1920s, and at the time little formal waste services existed in the area. During the heights of the Great Depression — and the high racial segregation of the time — Juan and John worked as father and son dumping ash, eventually with a flatbed truck, Ken Baker, longtime Salida attorney and lifelong friend of John, said.

In the depths of the Depression, Salida was a dead town, most everyone wore overalls and many were just unemployed, Baker said. This was the case until the Works Progressive Administration (WPA) arrived in the late ‘30s and built such local landmarks as the Salida Hot Springs Aquatic Center, the Valley View School below the airport and the golf course clubhouse. Juan was a WPA worker himself.

Baker remembered that in those days Salida was separated into ethnic areas — Hispanics, Italians and whites. The separate communities rarely crossed lines, and Baker was impressed when Juan obtained a flatbed truck to collect waste items for work. John often helped his father on that truck, and Baker remembered John going to help his dad after school, or after football and basketball practices or games.

John would often reminisce about the difficult painful times of racial segregation in Salida. He would tell younger family members his distaste for the local swimming pool, because when he was a child it wouldn’t allow him to swim because of his name and skin color. Ironically, although Juan helped to build the Aquatic Center, his son was not allowed to enter it.

When John graduated high school in 1950, he signed up for the Marine Corps. He served in the Korean Conflict, and after returning home to the Arkansas Valley, he bought a pink and white Ford Crown Victoria which people such as Louis Luchetta, electrician and long-time Salida resident, said.

After his service, he returned to work with his father removing trash from a small number of accounts including the hospital, the Salida High School and several small businesses, Scott said. John did the trash work among other jobs such as surveying, landscaping, dirt hauling, well-drilling and moving cargo on the railroad.

By the 1960s, John would perform survey work during the week, and on the weekends, dump the waste from his clients. By 1969, John had received approval from the Public Utilities Commission to operate a trash company within Salida city limits.

Martinez Trash Company was aided in growth by a large change in the United States. For years, Americans simply burned their trash in 55-gallon barrels or in “ash pits” instead of transporting it to a landfill, Scott said. By the 1970s, however, local governments and communities had created a combined county landfill to store waste instead of burning it due to new Environmental Protection Agency regulations.

As a result, the need for trash collection businesses became more and more in demand.

Scott said multiple people and businesses in the community asked John about extending his small trash work into a full business with regular pickups across the city. And so, the garbage company grew from a side job to a full family business.

By the mid-1970s, Martinez Trash had garbage trucks running throughout city limits. John worked with clients, in cases exchanging goods for his waste pickups.

For example, Scott remembers John dumping the trash at Jug Liquors on F Street in exchange for beer. Other times, John would exchange his service for goods or services.

His family also became regular employees of the company — John’s wife Lois would handle the bills and business side, while his sons Curtiss and Scott drove trucks and dumped cans from their childhood through college.

“I worked most of my life with him,” Scott said. “He taught me that the customer was always first. He also installed a very good work ethic in myself and my siblings.”

At the same time, John began to join multiple civic organizations across the city, including the Knights of Columbus, American Legion, Salida Masonic Lodge No. 57 A.F. & A.M., Al Kaly Shrine Club, Southern Colorado Consistory, Order of the Eastern Star and Salida Elks Lodge No. 808, where he held various offices.

He even served as Potentate’s Aide for fellow Salida businessman George Koenig, who owned several Texaco service stations, when he served as Potentate for the Al Kaly Shrine Club of Southern Colorado. John was also a devout Catholic and very active member of the St. Joseph’s Parish throughout his life.

Martinez Trash serviced many businesses and events— those still present in the community and some lost to time — including Niel’s Cafe, Heart of the Rockies Regional Medical Center, the Victoria Tavern, the Elks lodge, the schools, the grocery stores and the FIBArk Festival. By the late 1980s, John and Scott had built a shop for Martinez Trash on Jones Street. This shop is now the location of Waste Management. When Scott returned home from college, he began working with his father again and the family business continued well into the 1990s.

By 1995, the business was well-known and doing well.

Upon learning of John’s passing, Scott Jenkins, Waste Management’s Director of Operations for Colorado and Utah, expressed condolences and said that Waste Management was carrying on John’s legacy in the Salida area.

As of 2020, when John passed of natural causes, it had been nearly a century since his career in garbage began. In many of the sympathy cards received by Lois, Scott and the family, friends have well remembered his smile, hard work and his waste business.

In the past 100 years, Salida has changed immensely, and despite John’s passing, the legacy of Martinez Trash Company continues on through Waste Management and his son Scott.

— Avery Martinez is John’s grandson who was born and raised in Salida. He works as a journalist in the Denver area and often returns to help with the family’s ice cream business.

This article is a paid memorial.