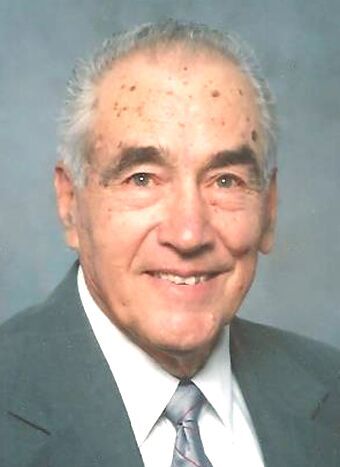 As a young man, he worked on the family’s truck farm near the Arkansas River, planting and harvesting vegetables and driving the trucks that hauled produce to market.

He joined the United States Army in 1944, serving with the 147th Infantry Regiment in Iwo Jima where he earned several honors, including a marksmanship badge.

When he returned home after the end of World War II, he enjoyed playing baseball, and pitched for several Salida baseball teams.

Friends and family said with his infectious smile and easy manner, he captured the heart of Lorraine Cicerelli.

The two were married in 1954 and recently celebrated their 66th wedding anniversary.

Mr. Pasquale attended barber school and for many years, ensured that residents of Climax, Salida and Buena Vista looked their best.

He continued using the horticulture skills he learned on the farm and turned nearly half of his backyard into a vegetable plot, growing a variety of crops every year.

As a nature-lover, he spent much of his free time in the outdoors, foraging for mushrooms, picking piñon nuts and teaching anyone who would listen about the flora and fauna of the area.

In his younger days, he hunted deer, pheasant and rabbits with friends and family members.

A favorite pastime throughout his life was fishing, especially fly-fishing for trout on the Arkansas River.

He entered several Climax and Denver “big fish” contests. Some of his first-place prizes were small – $15 – but he also won a boat and an all-expenses paid vacation to Las Vegas in two competitions.

He enjoyed working with his hands and used his creative talents to tie flies for fishing, make canes with carved animal-head handles and build ships in bottles.

An antique lover, he collected 100-year-old bottles, railroad items and antique clocks, which he refurbished.

Mr. Pasquale was preceded in death by his parents; his brothers Frank and Pete; and his sisters Rosie, Jennie, Mary and Ruth.

He is survived by his wife; daughter Cynthia Pasquale of Denver; grandson, Alex Knippenberg of Cheyenne, Wyoming; brother Joe Pasquale of Salida; and numerous nieces and nephews.