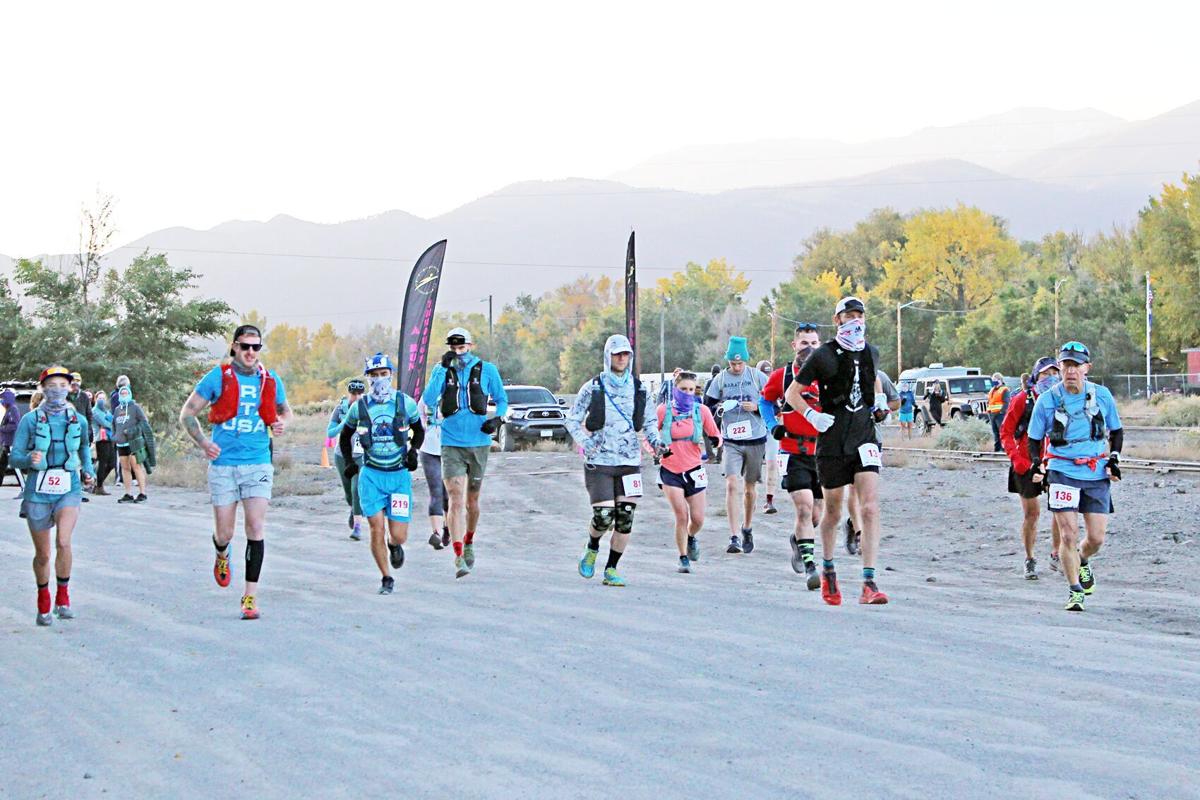 A wave of runners takes off during the Run Through Time marathon on Sunday. Approximately 200 runners competed in the rescheduled event this year. 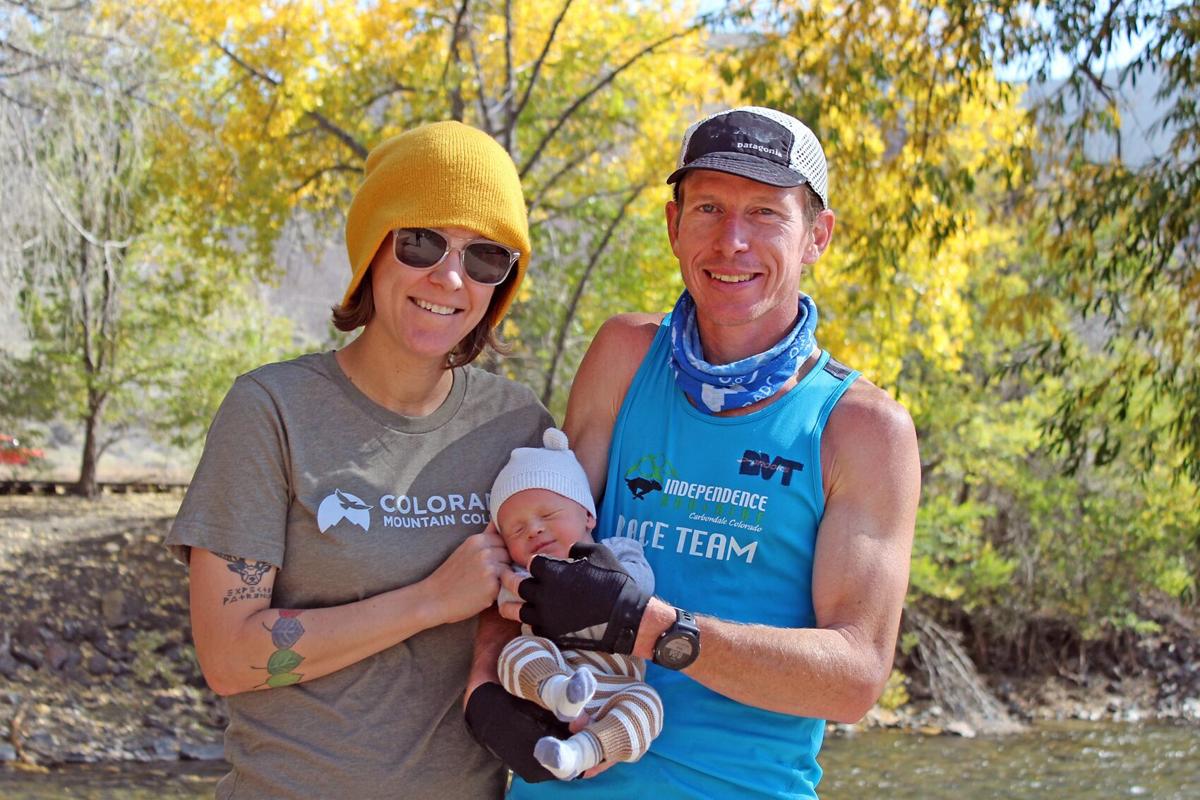 A wave of runners takes off during the Run Through Time marathon on Sunday. Approximately 200 runners competed in the rescheduled event this year.

After initially being postponed this spring, the Run Through Time marathon, half marathon and two-mile fun run were able to be staged Sunday.

“It went amazing,” race director Kristy Falcon said. “The volunteers were great. The runners were great about following the regulations. It was a nice day. I’m super stoked it was able to happen.”

The field was limited to about half of its normal capacity due to COVID-19, but runners still put up some fast times.

In the marathon, Salidans grabbed the top two spots on the podium.

Jeason Murphy recently moved to Salida with his wife, Jamie, and three weeks ago they welcomed a son, Forest, into their family.

“I was on the no sleep training program,” Murphy said.

The course presented another challenge.

“There’s tons of climbing and it’s really technical; there’s lots of rocks and it was sandy in spots,” Murphy said. “It was probably the toughest trail marathon I’ve ever run.”

For the first few miles, Murphy ran with a group of three and then he started to separate after that, he said, and was alone on the course for the remainder of the race.

“I thought there was a chance it could be like that so I brought my Ipod,” Murphy said. “Usually I don’t listen to music unless it’s a long race.”

With music in his ears, Murphy was able to keep the field from catching him and won the marathon in 3 hours, 30 minutes, 30 seconds.

“I’m really stoked,” he said. “It’s amazing to have a really tough trail marathon a mile from my house; I jogged to the start. I was hoping I would have a chance so I’m stoked to win the local trail marathon.”

Salidan Sam Van De Velde was the second runner to finish the marathon in 3:47:13.

The top two women in the marathon also finished the race in less than four hours.

Blake Wageman of Conifer took the title in 3:56:09, finishing a little over a minute ahead of Lauren Puretz of Colorado Springs.

In the half marathon, Nathan Davis of Golden took the men’s title, finishing first in 1:26:27. Chris Kollar of Colorado Springs finished second in 1:30:34 while Salidan Camden Gillis crossed third in 1:39:11, less than a second ahead of Duncan Fuehne of Golden.

Aaron Blondeau of Salida also finished in the top-five with a time of 1:43:47.

In the women’s half marathon, Golden’s Zoe Baker comfortably finished first in 1:53:08.

Liz Weiss of Salida was Chaffee County’s top finisher, placing fifth in 2:06:57. Beckie Stauffer of Buena Vista finished next in 2:11:01.

Just under 200 runners competed in the races on Sunday. With many other competitions canceled this year, most of them seemed happy just to have the opportunity to be able to get out and race again.

“I’m just really happy to race and show up and run,” Murphy said. “I think everybody here feels that way.”

They also seemed to enjoy racing in the fall.

“One of the upsides of the race getting pushed back is it was really pretty out there,” Murphy said.