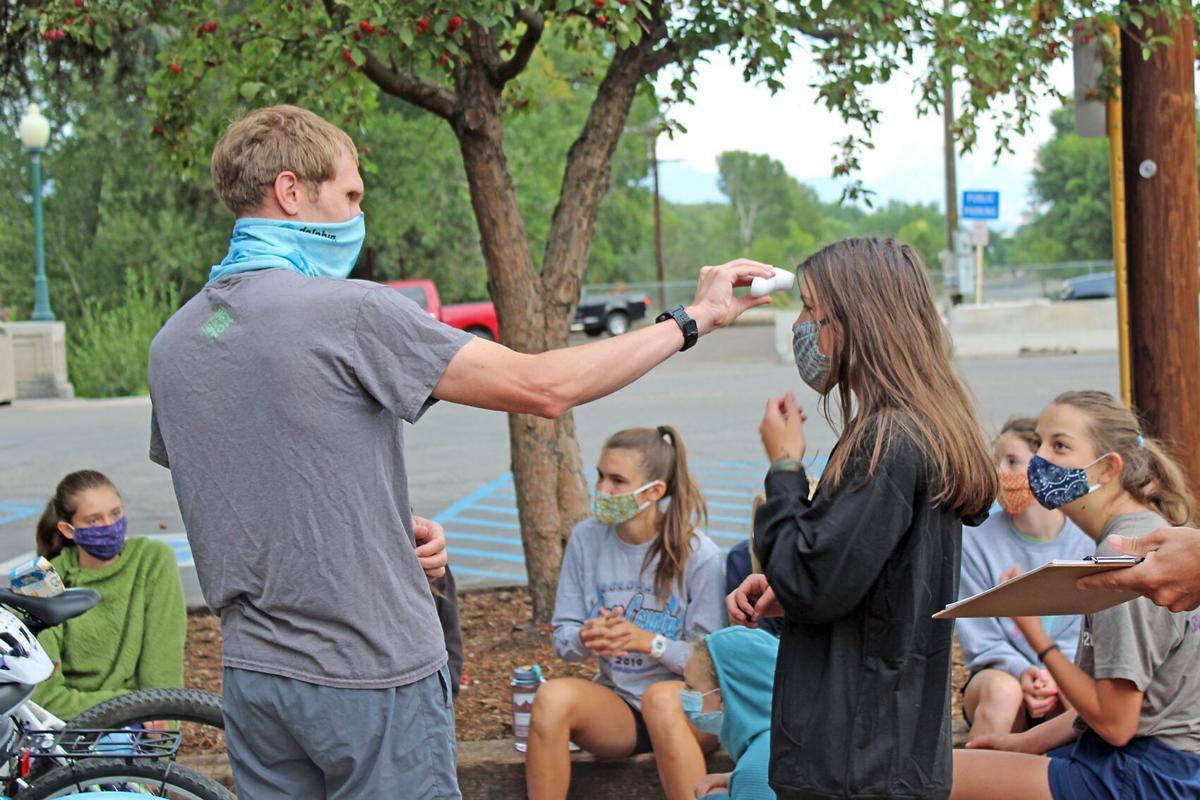 Coach David Remington checks  Radana Myers’ temperature before practice on Friday. The precaution is one of several the team has had to implement because of the COVID-19 pandemic. 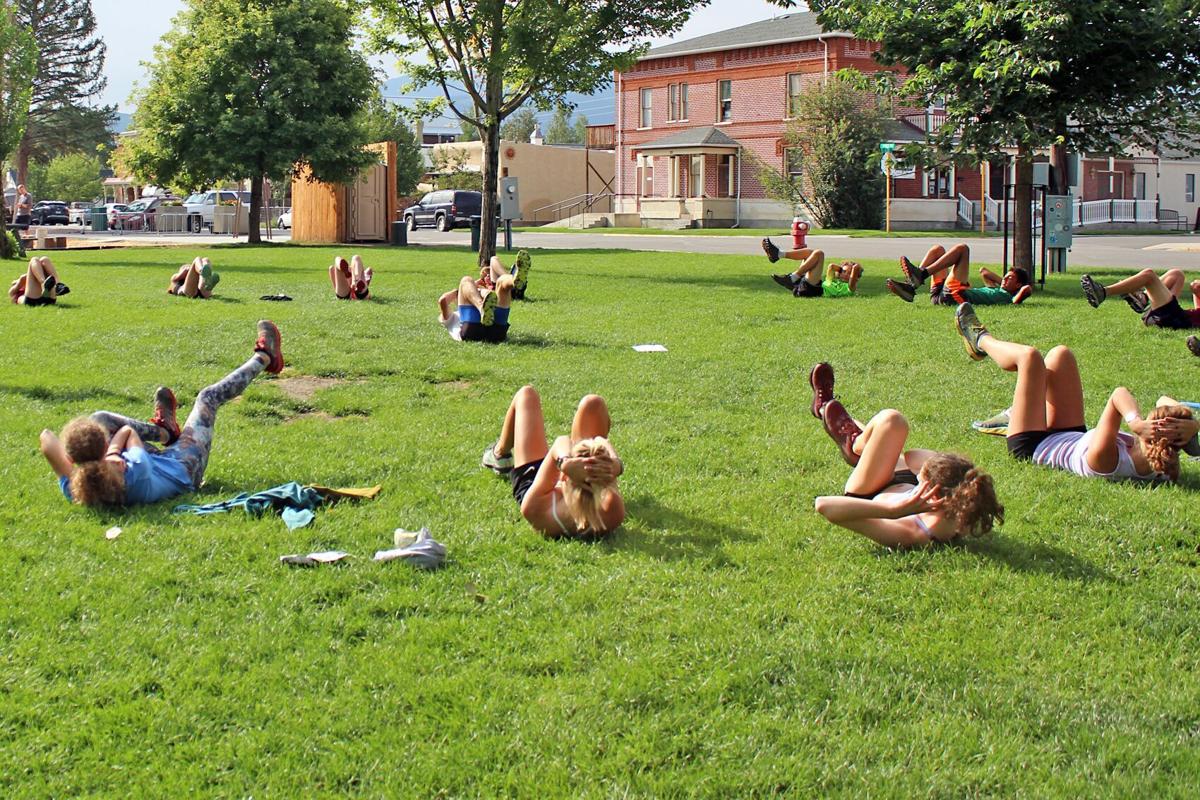 The Salida cross country team works out more than its legs and lungs at practice Friday. The team also worked out its core so the athletes can look good on the podium. 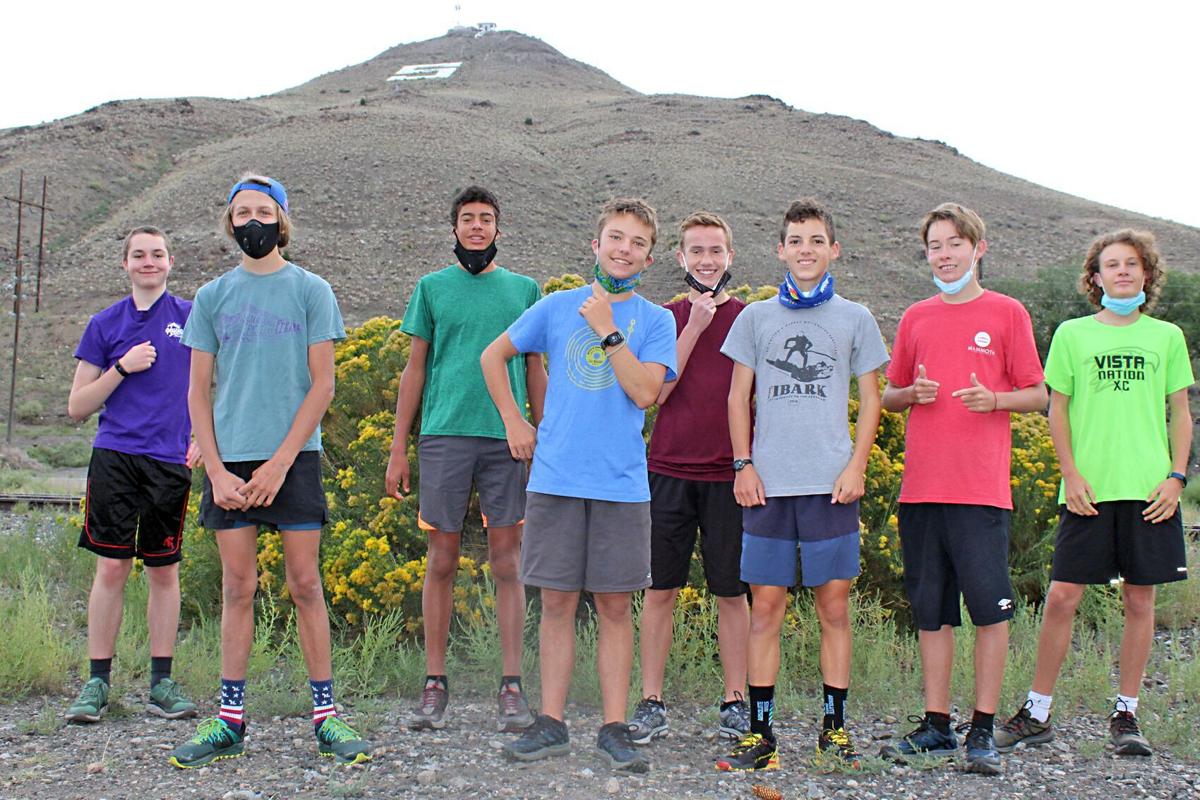 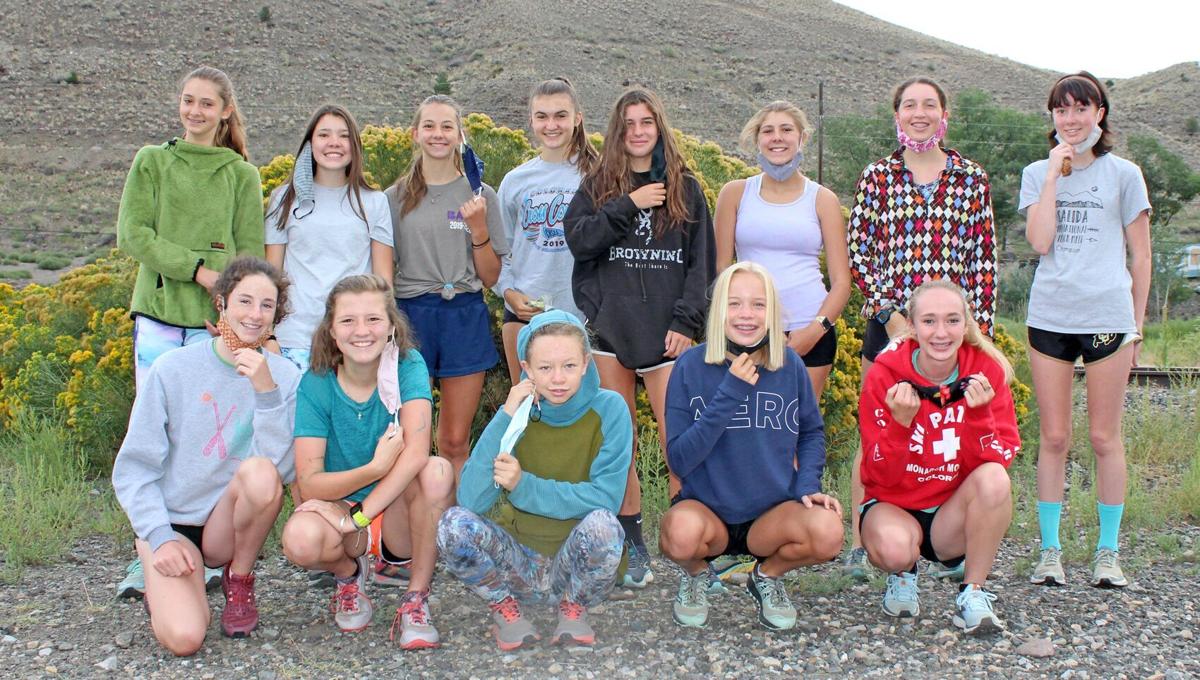 Coach David Remington checks  Radana Myers’ temperature before practice on Friday. The precaution is one of several the team has had to implement because of the COVID-19 pandemic.

The Salida cross country team works out more than its legs and lungs at practice Friday. The team also worked out its core so the athletes can look good on the podium.

The cross country season will be different this year for the Salida High School Spartans. With the Colorado High School Activities Association taking action to mitigate the spread of COVID-19, the season will be two weeks shorter than in the past and meets will be smaller. Daily temperature checks, masks and social distancing are also part of the routine.

“Since it’s two weeks shorter, everything speeds up a little,” said Spartan head coach Kenny Wilcox. “There are certain workouts we do at certain times, so some will have to be bumped a bit.”

The summer’s preparation was also different than in the past with the athletes having to do more by themselves.

“We put more in the students’ hands to self direct,” Wilcox said. “There was definitely a handful that really showed up and stayed true to the cause without knowing what’s to come.”

The team got the green light to begin practicing on Aug. 12 and has been preparing since, sometimes before school to avoid the heat and the smoke from wildfires around the state.

However, finding meets to compete in has been another challenge this year. Regular-season meets are limited to 50 athletes per gender this season with waves limited to 25 runners.

“Scheduling has been incredibly difficult,” Wilcox said. “The Arapahoe meet used to have 1,500 kids and now it can’t exceed 100. There’s a scarcity of meet opportunities. The reality is every team should host one if not two meets, but some canceled.”

With some of the bigger meets off the schedule, the Spartans will run close to home a lot this season. Salida will run twice in Alamosa, split its team to compete in both Buena Vista and Gunnison while also hosting its home meet at the end of September.

Wilcox said they were still waiting on confirmation on venues available for their home meet, saying they were considering hosting races at different sites and also on multiple days to accommodate more runners.

Qualifying for state will also be more challenging than in the past. The state meet is limited to 100 runners per gender for each classification, so this year only the top-three teams from the regional meets, opposed to the top four, and the top-two individuals from non-qualifying teams will qualify.

“One positive is Alamosa’s not in a our region anymore, but we still have TCA (The Classical Academy),” Wilcox said. “The girls won it last year and are expected to win it again and the boys (are right up there) so we’re almost automatically down one spot. So there’s two spots for the remaining 12 teams.”

The coach, however, still thinks the Spartans can do well. If it can find another athlete or two, it might elevate them even more.

Besides boys’ golf, cross country is the only sport Salida will compete in until the new year. The Salida Racing mountain bike team is also training, but won’t have any league races this season.

The cross country team, however, didn’t get a bump in athletes from the other fall sports getting pushed back.

“We would love to add a few tough girls and tough guys to the team; they’d get better for their other sports and help us,” Wilcox said. “If you want to get in your best shape, get fit, get faster and build mental toughness, the door is still open now. It could elevate us from a good team to a really great team.”

COVID-19 has changed how the Salida cross-country team will train and compete this year, but…