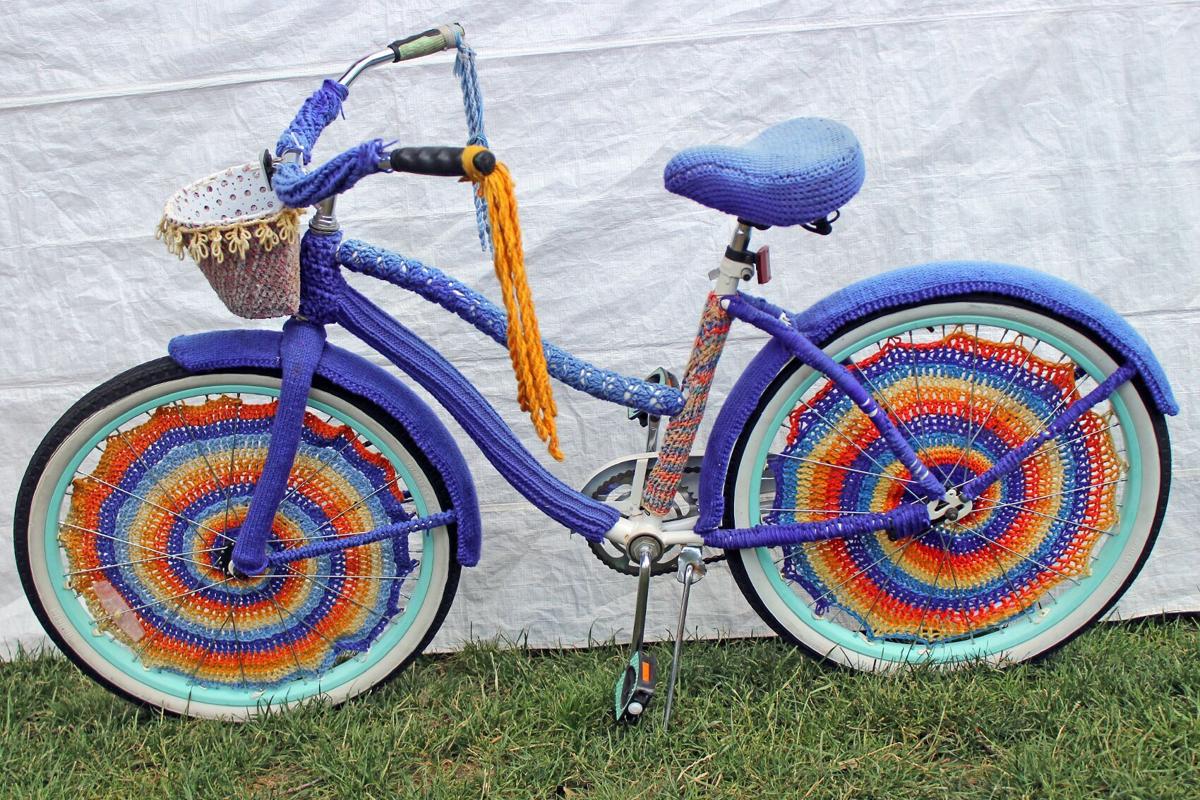 The Salida Fiber Festival will once again show some creative uses of fiber this year. The festival will be held online this weekend. 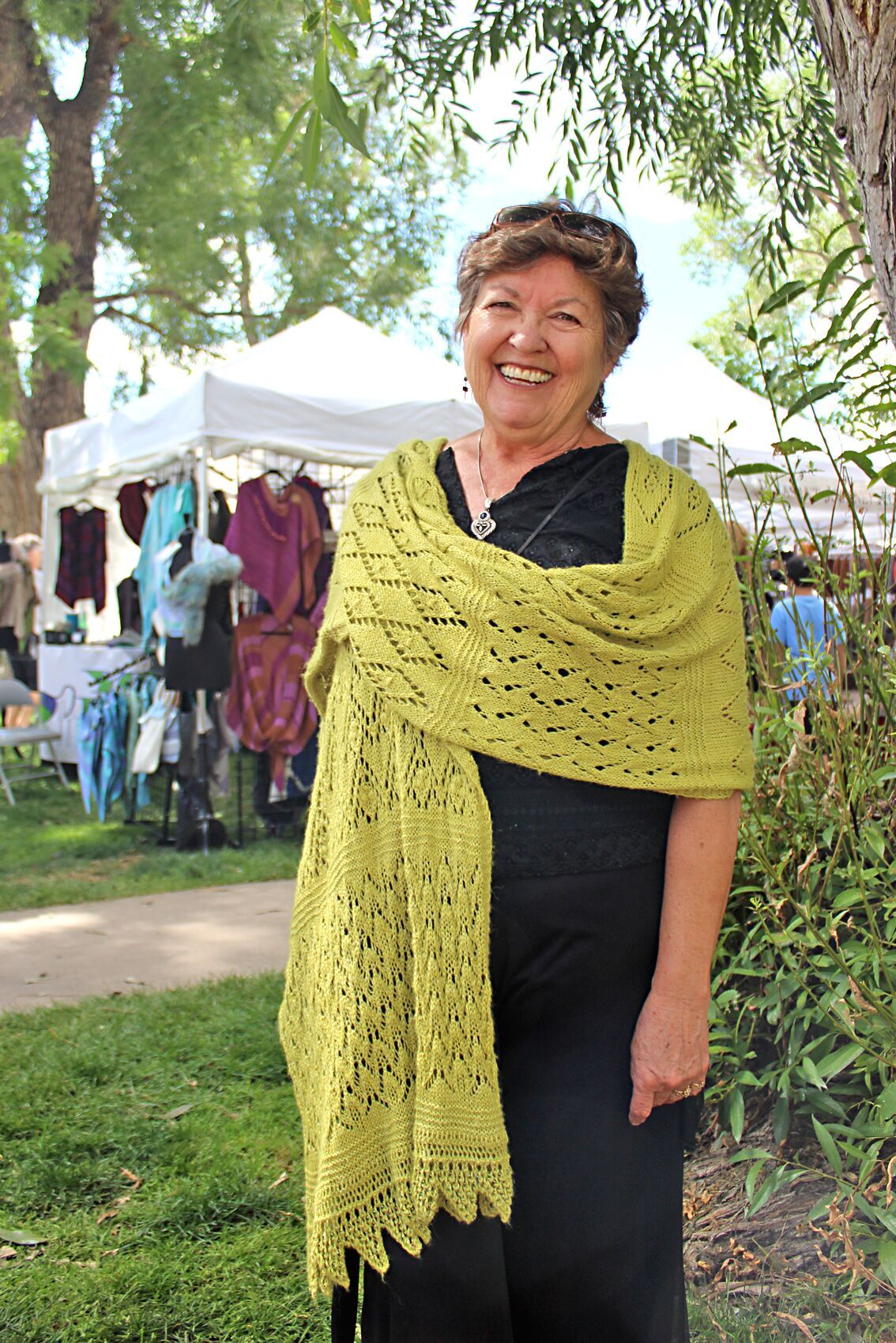 Paula Berg models a piece from Buena Vista’s Serendipity during the eighth annual Salida Fiber Festival last year. The event will be held online this year, but it will still feature the pop-up fashion show.

The Salida Fiber Festival will once again show some creative uses of fiber this year. The festival will be held online this weekend.

Paula Berg models a piece from Buena Vista’s Serendipity during the eighth annual Salida Fiber Festival last year. The event will be held online this year, but it will still feature the pop-up fashion show.

The Salida Fiber Festival has moved its ninth annual event online this year and loaded it with interactive features.

People will be able to visit separate vendor pages, vote for their favorites, chit chat in a virtual beer garden, listen to music and watch a pop up fashion show, all from the comfort of their homes.

The fiber arts exhibition, meanwhile, can be viewed both online and at the SteamPlant’s Paquette Gallery.

“A lot of the smaller festivals were canceled so we’re really happy we were able to come up with something to do,” said Jane Templeton, president of Salida Fiber Festival. “It’s a whole new way to participate.”

The new artist exhibition in the Paquette Gallery featuring the fiber arts will open Thursday with an artist reception from 5-7 p.m. on Saturday on the SteamPlant Plaza. Food and drinks will be served outside while a limited number or people with masks will be allowed in the gallery. The exhibit will stay on display for the rest of September and public viewing hours are 11 a.m. - p.m. every Tuesday, Thursday and Saturday.

The exhibit will also be online at salidafiberfestival.com where there will be a live broadcast from 10 a.m. to 2 p.m. both Saturday and Sunday.

Each of the 25 vendors will have their own separate page with introductory videos for the festival and people will be able to access the vendors using Zoom.

“You’ll be able to click on their page and go to their shop,” Templeton said, adding that they asked all of the vendors to have a festival special, but left it up to them to decide what that means.

“And if people want to get together and raise a glass, we won’t stop them,” she said.

The pop-up fashion show will also return. Ten vendors have done videos showing their garments that will pop up during the event’s live feed so people can see the finished products modeled.

The theme of this year’s festival is Going Green. Templeton said they asked vendors to go green in color or to go green by using recycled materials. This year’s colorway contest will also focus on green.

In addition to the colorway contest, which will be viewed anonymously while being judged, people will be able to vote for their favorite pieces in the People’s Choice competition.

The festival switched its approach this year. Instead of asking businesses for donations like in the past, the festival bought gift certificates from some local businesses this year for its silent auction. It also waved the vendor fees.

“We had enough cash on hand so we bought gift certificates and paid them back this year instead of asking for donations,” Templeton said. “We also knew many vendors are probably struggling so we waved the vendor fee.”

Bidding for the silent auction, which will have some items donated by vendors in addition to gift certificates, opens Saturday.

While the event, which usually averages about 60 vendors, is smaller this year, the quality is still high.

“It’s fewer than we normally have, but we do have some good ones,” Templeton said. “We’re really pleased we had that many; doing everything online is a challenge.”

The festival, however, may keep some of the online elements as it moves forward.

“We’ll see what we want to keep; what worked and what didn’t,” Templeton said.

Since it is online, viewers will be able to watch the recorded event even if they can’t attend this weekend. It will be remain available at salidafiberfestival.com.