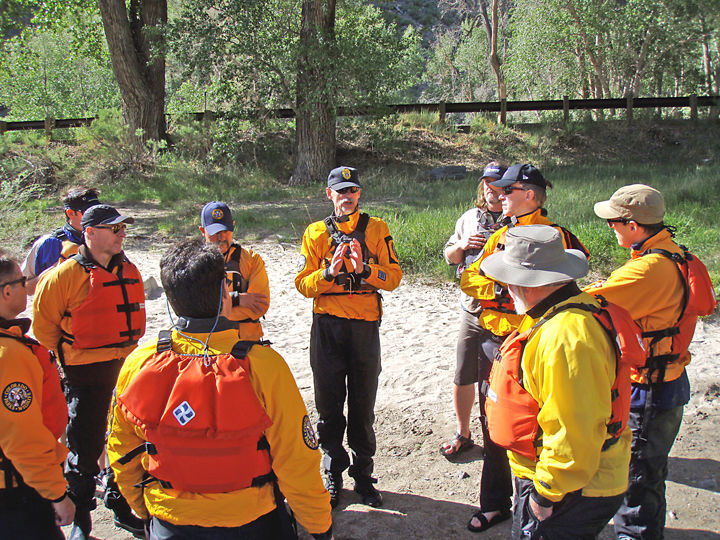 Rob White, center, leads a discussion on an Arkansas Headwaters Recreation Area river trip about a proposal from artist Christo. White recently retired from the AHRA after leading the state park for 20 years. 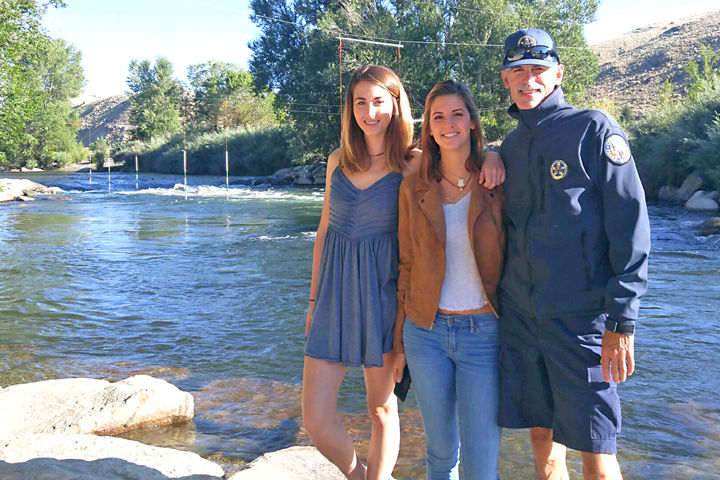 Rob White, center, leads a discussion on an Arkansas Headwaters Recreation Area river trip about a proposal from artist Christo. White recently retired from the AHRA after leading the state park for 20 years.

Rob White worked as park manager of the Arkansas Headwaters Recreation Area for 20 years before retiring June 15. However, he said he enjoyed his position so much that it didn’t really feel like work.

Just because it didn’t feel like a job, however, doesn’t mean White didn’t have to work hard. As the AHRA head, White managed a state park 152 miles long with recreation sites in four different counties totaling 64 different recreation sites the public can use along the river corridor.

It’s also the most commercially rafted river in the U.S., providing more than $60 million to the valley, he said, and has the longest stretch of Gold Medal fishing waters in the state – 102 miles.

The hardest part of the job, he said, was protecting the area’s limited resources.

“It was always my top priority to protect natural resources there and accommodate different user groups so they can pursue the type of recreation they want to pursue without affecting other groups,” he said.

Another challenge was moving water in a way to make sure the Voluntary Flow Management Program could set river flow at 700 cubic feet per second from July 1 to Aug. 15.

“We have to move it at a time of the year that benefits us the most,” he said. “The tricky part is, how much do you release?”

White noted that in winter they’d move water from the upper reservoirs, Twin Lakes and Turquoise, to the lower Pueblo Reservoir in anticipation of spring runoff, while in spring and fall they wanted the river to flow as low as possible to benefit the fishery.

He mentioned partners at the Bureau of Reclamation, Southeastern Colorado Water Conservancy District and Pueblo Water for their help in making that happen.

White said land acquisitions were some of the most rewarding parts of his job, mentioning the Placer property’s new recreation site and other properties put in, including ones by Ruby Mountain, Hecla Junction, The Numbers and Ford Crossing.

White also worked with Bureau of Land Management areas within the AHRA, including Salida East, Point Barr and the North Tunnel recreation site, and the U.S. Forest Service on other projects.

“I want to thank the BLM and the U.S. Forest Service, the staff at both agencies, for always being supportive of the AHRA,” White said. “It’s the combination of the three agencies that makes us so great because we can all bring different resources to the partnership.”

White thanked lots of other organizations and municipalities and community members for their support and efforts, including the AHRA Citizen Task Force, the rationing and agreement committee, Greater Arkansas River Nature Association, Trout Unlimited, the municipalities of Salida, Buena Vista, Leadville and Cañon City, commissioners from Lake, Chaffee, Fremont and Pueblo counties, as well as all of the people who volunteered throughout the years for Cleanup-Greenup, leading hikes or helping with school groups.

“The community has just been top notch,” White said.

He also gave a big shout-out to his staff, which includes nine full-time employees and another 25-30 seasonal employees in summer.

“All of the accomplishments we’ve been able to complete would not be possible without the full-time and seasonal staff at the AHRA,” he said. “They really enabled all of the good things to happen.”

White earned a master’s degree in park administration in his home state from Michigan State University in 1983, moved to Colorado and began his career at Rocky Mountain National Park. White was then offered a full-time position at Liberty Bell National Park in Philadelphia, but decided he wanted to stay in Colorado instead and accepted a seasonal position at Cherry Creek State Park.

After three years he was hired full time, then promoted to senior park ranger at Trinidad State Park. After four years there he moved to Chatfield State Park and held the same position. In 1998 he was named park manager of Castlewood Canyon and two years later he came to Salida to work as AHRA park manager.

He said managing the AHRA was “much more complex” than other roles and described the area more like a national park than a state park because of the size and number of constituent groups to be aware of, including outfitters, water interests, government entities, commercial and private boaters, anglers and the general public.

While White may be retired, he plans on staying involved in the community and serving on different boards.

White also plans to enjoy the AHRA while hiking, biking, boating, fishing and camping in the area now that he has some time.

“I’m looking forward to being able to recreate more in the area I managed for so many years, but haven’t had the time to explore and enjoy as much as I wanted,” he said.

Additionally, White plans on doing some traveling, spending time with friends and helping his two daughters, who have now graduated from college and live in different states.

He’ll also have lots of fond memories to reflect on.

“I love what I did,” White said. “I loved being the park manager of the AHRA – it was the best job I could have ever dreamed of getting, and I will always cherish the memories of working with the staff and working to improve the resources.”