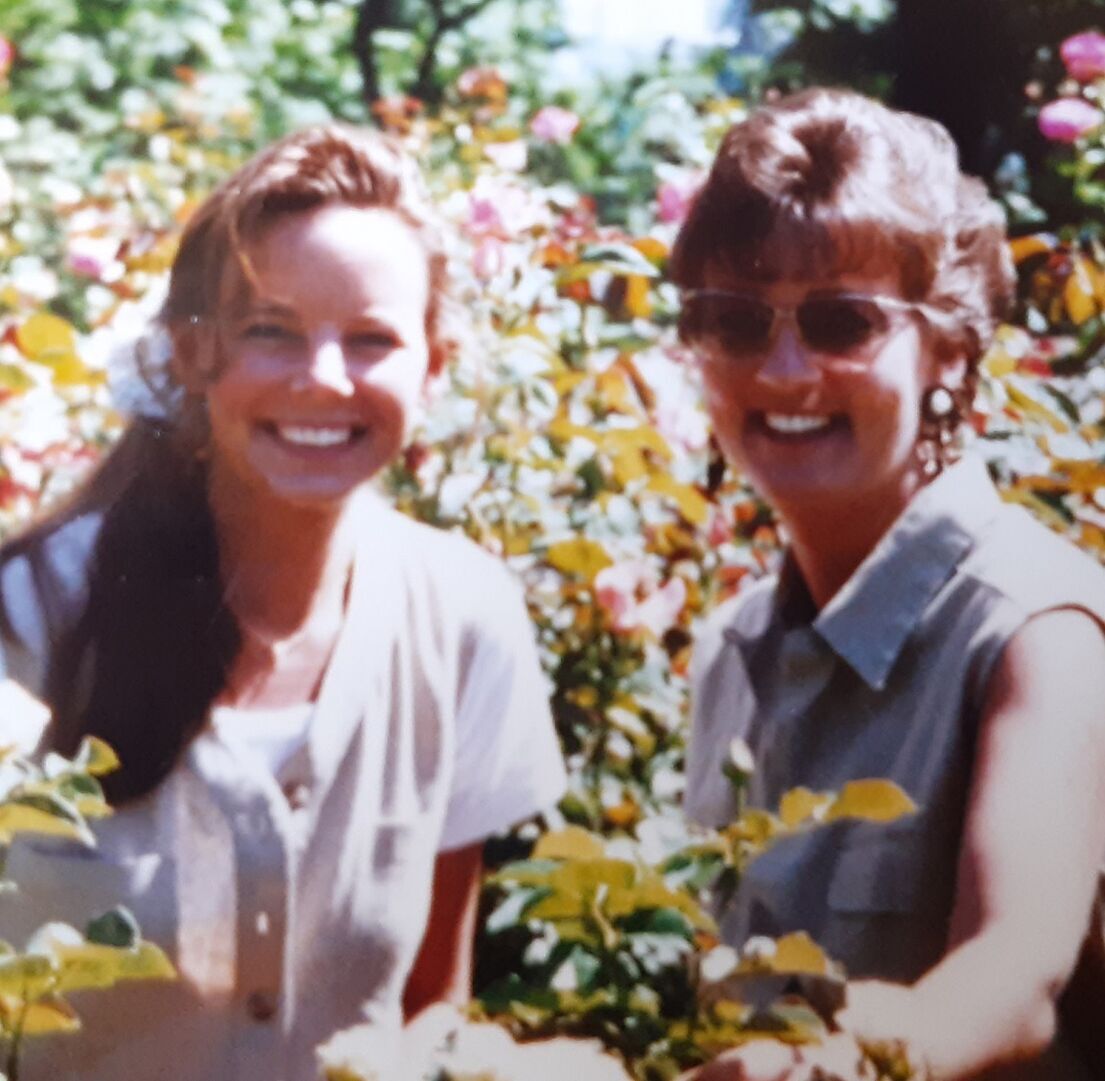 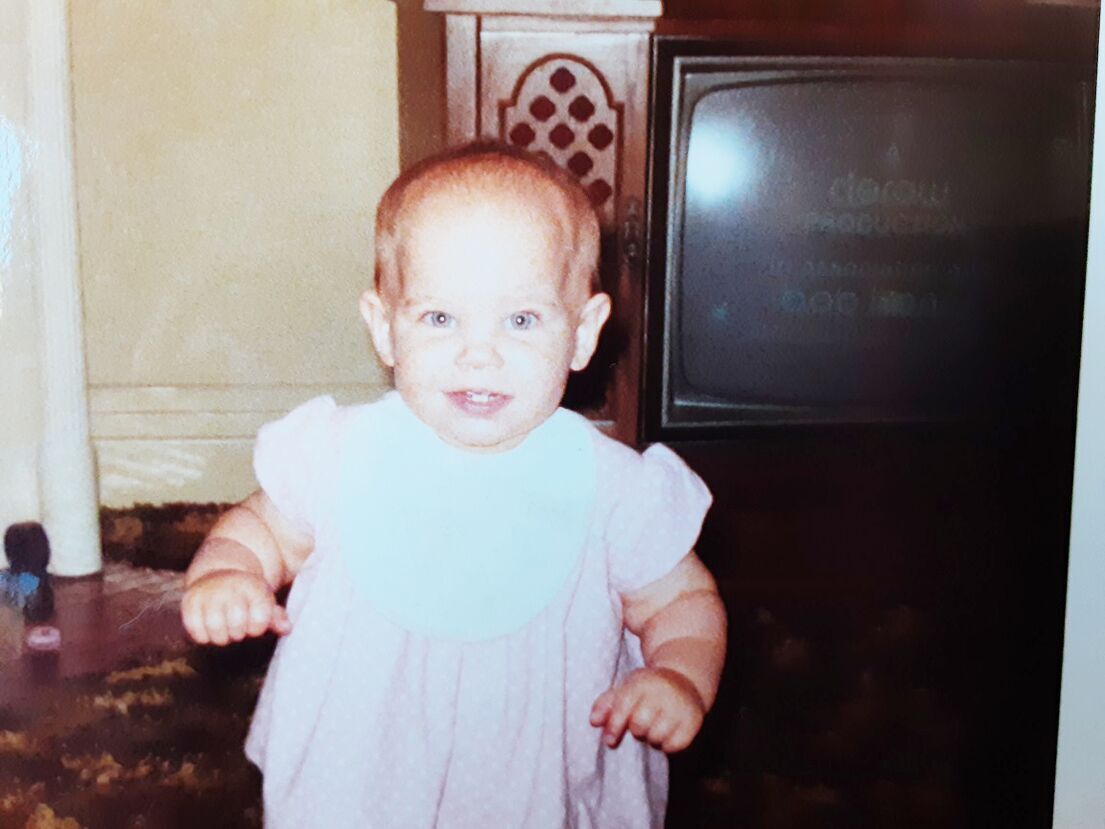 Suzanne Renee Moorman Morphew as a baby – her sister Melinda, called Suzanne her birthday gift because she was born on Melinda’s 15th birthday.

Suzanne Renee Moorman Morphew as a baby – her sister Melinda, called Suzanne her birthday gift because she was born on Melinda’s 15th birthday.

Moorman was speaking of Suzanne Renee Moorman Morphew, who disappeared from her home in Maysville on Mother’s Day, May 10, 2020.

Suzanne’s husband, Barry Morphew, 53, was charged with first degree murder in her death on May 5 and is being held without bond at the Chaffee County Detention Center.

On May 13 additional charges of forgery and ballot offense were filed after he allegedly voted in his wife’s name on Oct. 19.

Melinda was 14 on the day she noticed her mom had gotten some new clothes – something that was unusual for her mother.

“I asked why she had new clothes and my mom, who was 36 at the time, began to cry and said she was going to have a baby and she would be the oldest mother in the PTA,” Melinda said. “As an adult, I understand her dismay. My father was an alcoholic and was gone a lot and not very supportive, but as a teenager, I was delighted that I was going to have a little sister. I just knew this would be a little sister and I became a cheerleader for my mother’s pregnancy.”

Melinda immediately went to Ferman’s Dress Shop in Alexandria, Indiana where they grew up and bought Suzanne’s first little outfit made of pink velveteen.

Suzanne wore it when she came home from the hospital. Suzanne was the fourth child that included brothers David, born in 1955 and Andrew, born in 1962.

Their dad owned Gene’s Root Beer, in Anderson, Indiana. Their brother, Andrew, and his wife now own that business which has been very successful during COVID-19 because it is a drive-in.

“Suzanne was a surprise birth and an untimely death,” Melinda said. “I guess we come into the world and go out when the time is appointed.”

Suzanne was nine years old when their parents divorced and their mom took a job with an optometrist, fitting eye glasses. It was a job she loved.

The sisters really didn’t get to know each other while Suzanne was growing up. Melinda left when Suzanne was only four years old. But as adults they became close friends.

Suzanne graduated from Alexandria Monroe High School in 1989 and went on to Purdue University earning a degree in elementary education and graduating in 1994.

“She taught for a short time and did a little subbing but never made a career of it,” Melinda said.

Suzanne was 23 years old when she married Barry Morphew on August 5, 1994, shortly after graduating from Purdue and earning her degree. They were married six years before welcoming their daughters into the world. Mallory was born July 4, 1999 and Macy on August 28, 2003.

“Barry was a hunter, a workaholic and a great provider,” Melinda said. “Looking back I see where things went wrong and I want to help other women identify with Suzanne’s story. Our father was an alcoholic and was never around. As a child matures they need more support and he just wasn’t there. Marrying a man who is there and “in charge” is initially comforting. I know. My experience was similar. Our mother said she never believed she would have two daughters who married men who were so much alike.

“Suzanne was a possession – a trophy. We were both committed to our marriages and were deeply unhappy for years. She had joined Al Anon and was healing from the long lasting effects from our Dad’s alcoholism. The greatest sadness I feel is that she was prevented from enjoying the fullness of that liberty. She was working so hard to attain in forgiving the past.”

Melinda and Suzanne were raised in the Methodist faith and were strong believers in Christ. Barry was of a fundamentalist Baptist background and Suzanne left her heritage and adopted more of his mindset which was controlling and strict.

“As Suzanne grew in grace she became less rigid but she still had a strong feeling that a man should be the head of the home,” Melinda said. “Women like myself and Suzanne mistake control for love. It felt safe to us after having had no one at the helm at home. We think a man in charge is security and end up with dominant, controlling guys. We give up our own identity and trust and do it their way.”

In spite of the problems in Suzanne’s marriage, Melinda still recalls endearing memories of Barry. One was when he shot a wild turkey and the family planned a festive meal.

The turkey was tough as shoe leather and Barry kindly offered to get his daughter, Macy, who was a child at the time, a peanut butter sandwich which he made himself. He didn’t ask his wife to do it.

“I thought that was the sweetest thing,” Melinda said.

When Suzanne had cancer and came home from the hospital, she was very weak and Barry was there with her family and carried Suzanne around because she was too weak to walk.

“He was our hero,” Melinda said. “He was a loving and serving father to his family. These are the things I choose to remember, but that eroded over the years. The girls loved their dad.”

On the Friday before Suzanne disappeared, Melinda received a text from Suzanne that she has shared only with authorities. In that text Suzanne shared the struggle she was having with Barry. That text message, Melinda said, is only for a court of law.

Melinda revealed that the  Morphews were under financial stress. They lived a materialistic life style, with vacations and expensive vehicles.

Melinda has nothing but praise for Chaffee County Sheriff John Spezze and how he is handling the case.

“He is a fine man,” she said. “I understand why some things are not being released. He has followed through on everything he ever told me. One of the things that was so powerful was to bring us, as a family, some sense of peace and assurance. He outlined to me everything he expected to happen when looking forward with a circumstantial case. There would be as a lot of activity immediately and after things move forward, he said, they would slow down but that didn’t mean the case had gone cold.

“The people of Chaffee County need to be grateful they have John Spezze. His level of compassion is unbelievable. This a journey no family ever wants to be on and it’s a great comfort to have solid people like him.”

Melinda and Suzanne’s mother died in 2013. She said their father died on November 11, 2020 at age 87 with a broken heart from the Barry’s betrayal. The joy went out of his life when Suzanne went missing.

“Barry didn’t have the courage or the integrity to call my dad who treated him like a son,” Melinda said. “None of us wanted to believe this. Their daughter, Mallory, called my dad and told him Suzanne had gone on a bike ride and possibly had been attacked by a mountain lion. Suzanne was as predictable as they come. The continuity of who she was will shine in that courtroom when this comes to trial. Her character was sterling.”

In conclusion, Melinda said, she wanted to share Suzanne’s story with other women because the journey she and her sister had to take was so similar.

“I extricated myself, but she didn’t make it out alive,” Melinda said. “I don’t believe Suzanne realized the danger she was in.”