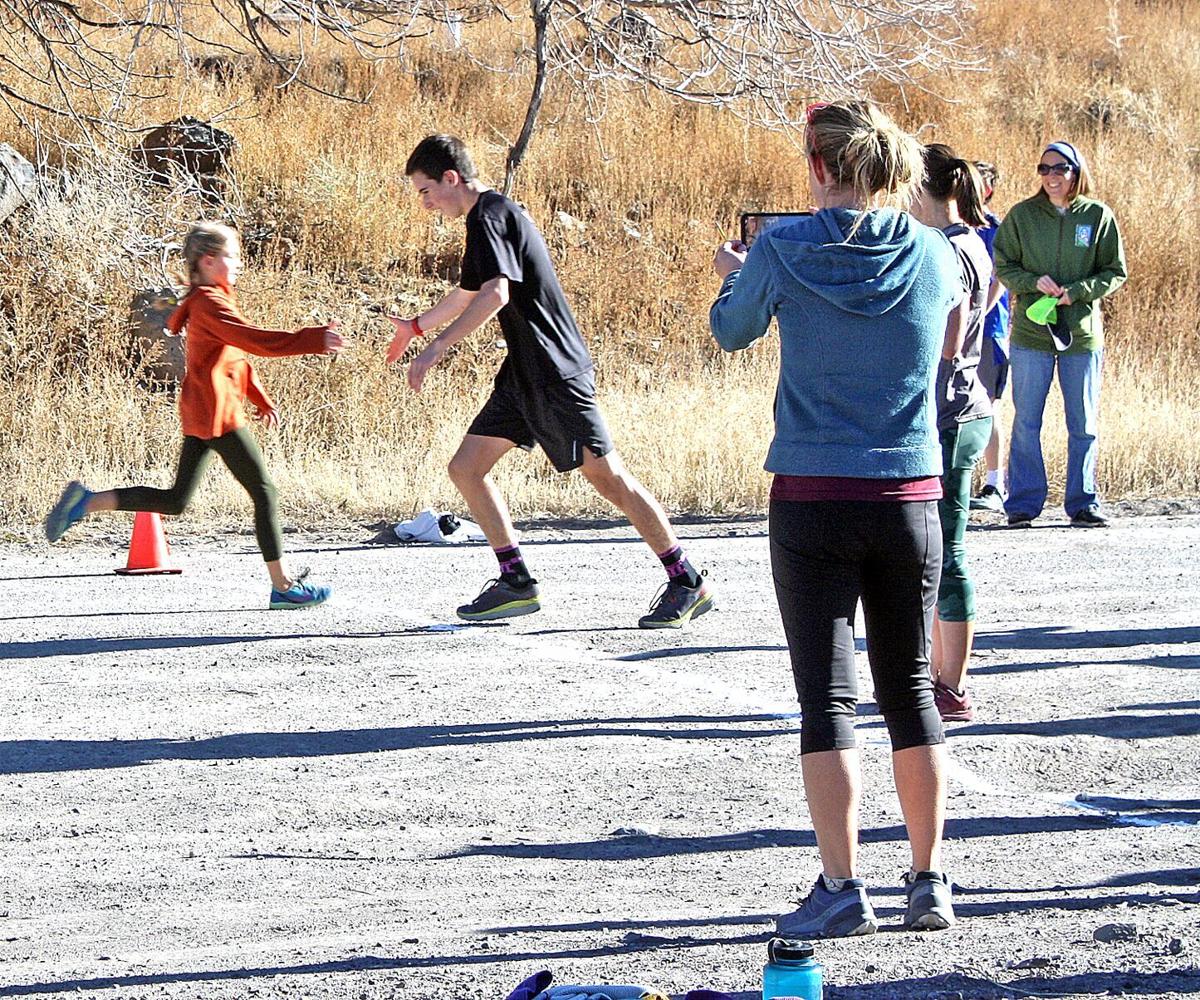 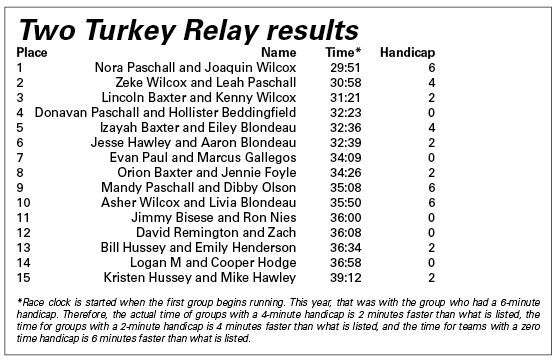 Thirty people ran in this year’s race, which organizer Kristy Falcon said was about average. The race is sponsored by Chaffee County Running Club.

The race randomly pairs teams of two runners, who each run a 2-mile course. Handicaps are given based on age and gender.

Winners are allowed to choose their own prizes, which were turkeys, pies or gift certificates for pies and socks, after the race.