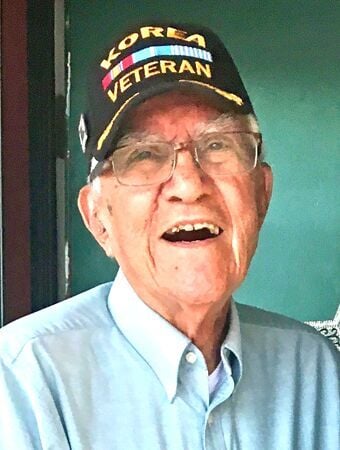 He was born in June, 1929 in Holtville, California.

Mr. Estrada served in the U.S. Army during the Korean War.

He served in the infantry on the front lines, then was reassigned to overwatch of commissary and provisions after their unit moved from forward deployment.

Later, he was stationed to administration as they needed communications specialists (typing) and also served as a driver.

He was often seen wearing his veteran’s cap and told friends and family it was an honor and pleasure to serve.

Mr. Estrada worked for a trucking company in Southern California and was the local vice-president of the Teamster’s union.

Friends and family said he never met a stranger, always had a story to share or a treat for his four-legged friends.

They said he lived a full life, taking his daily walks, tall and upright as if he had many years ahead of him.

His children said he told them he loved them equally and was proud of each one.

Survivors include his children, Rebecca, Joni, Gary, Jamie and Craig; five grandchildren; a great-granddaughter; and his brothers Bobby and Freddie.