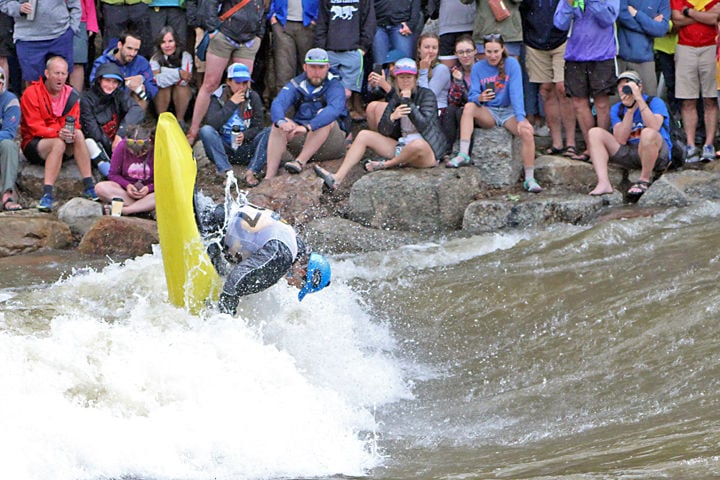 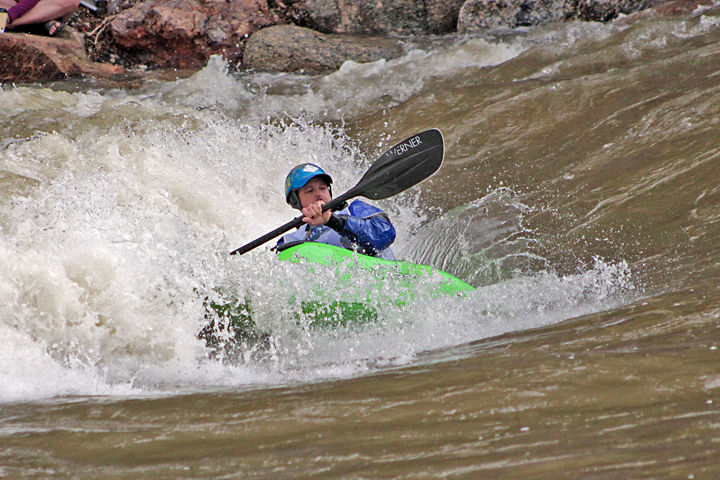 All of the freestyle competitions at FIBArk took place on the Office Wave this year. The high water dictated the switch from the wave in front of the Coors Boat Ramp, but the competitors seemed happy to go with the flow.

“It’s so awesome to see the water in Salida coming up,” Salidan J.D. Henderson said. “People are just here to have fun; there’s a lot of good boaters.

Henderson competed in the open freestyle competition in his kayak, scoring 75 points to place third.

“I’m very happy with third,” Henderson said. “I had a good family of friends to cheer me on.”

Henderson stayed in the wave as much as he could, avoiding getting washed downstream and wasting time in the timed runs.

“I tried to stay on the wave and throw a move every now and then,” Henderson said. “That way I had a lot more opportunities to rack up some points.”

Patience was also part of his strategy.

“There’s so much force, you have to wait on the pile and wait for the feature to work for you,” he said, adding that the “pile is ever-changing.”

Big logs floating down the river were another factor. “You’ve got to have a lot of people looking out for you,” Henderson said.