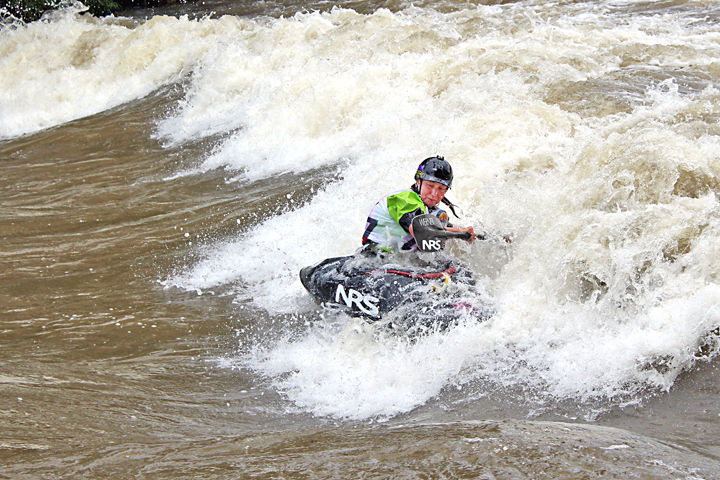 Cat Hardman, 17, does a spin during the junior freestyle finals Friday in the Salida Whitewater Park. Hardman was the only girl who competed, but her score was better than any of the boys. 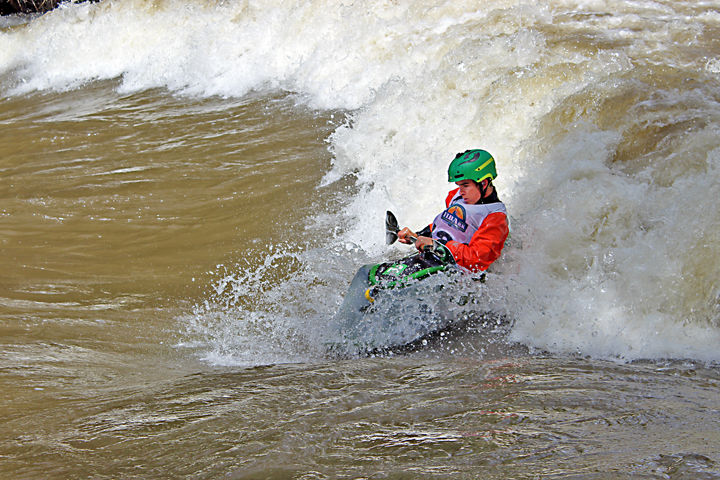 Connor Gagliano does a trick during the junior kayak freestyle competition Friday. Gagliano placed second in the event.

Cat Hardman, 17, does a spin during the junior freestyle finals Friday in the Salida Whitewater Park. Hardman was the only girl who competed, but her score was better than any of the boys.

Connor Gagliano does a trick during the junior kayak freestyle competition Friday. Gagliano placed second in the event.

Cat Hardman of Huntsville, Alabama, was the only junior female competitor in the FIBArk kayak freestyle competition. With no other girls to compete against, Hardman went up against a trio of boys Friday.

She beat all of them.

“There’s not a lot of junior women; sometimes it’s a bummer, but I do like to put myself up against the boys,” Hardman said. “It’s a little prideful to beat the boys, but we all tried our best, and on another day they could beat me.”

On Friday, however, Hardman was the clear winner, scoring more than twice as many points as the next competitor in the prelims and nearly matching that feat in the finals.

Hardman scored 145 points to get the high score in the finals. She was able to stay in the wave the longest to link together multiple tricks, including lots of spins and a flip.

“It’s a flat wave so it’s a little harder, but once you get your trick going you’re good to go,” Hardman said. The best trick she did, in her opinion, was a “flashback.”

Charlie Sutcliffe scored 75 to take the junior boys’ title, followed by Connor Gagliano in second and Ry Sherman in third. Gagliano and Sherman both scored 15 points, but Gagliano won the tiebreaker with a higher-scoring move – a roundhouse.

With the high water flowing around 3,800 cubic feet per second Friday and going up over the weekend, all of the freestyle competitions were moved up to the Office Wave. Not only did they compete on a different wave than usual, the higher water also changed the feature, making a playhole on the surfer’s left of the river and a big wave in the center.

“The water is a lot higher, so it’s fun to see new features that pop up and try them out,” Hardman said.

It also allowed Hardman to ride her favorite carbon-fiber boat, she said. “If I were to hit a rock, it would break,” she said. “But you still have to be careful because there’s a lot of debris coming down.”

Without a lot of female competitors, Hardman also wanted to set a good example.

“For me it’s about having a good attitude,” she said. “Even if I have a crappy day, I try to smile because kayaking is fun even if you don’t win.”