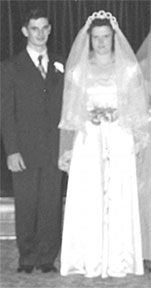 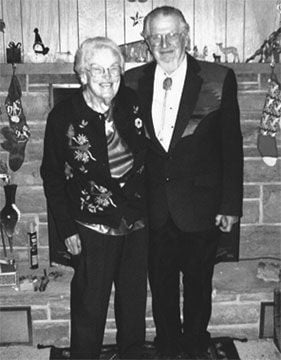 They were married Dec. 20, 1949, in McPherson, Kan., where they met while attending school.

He eventually became the middle school principal and took up additional work as sports announcer on KVRH Radio.

As a team, the couple soon immersed themselves in community life, becoming active in the Congregational United Church of Christ, where Mary still sings in the choir and attends Bible study.

They became involved in Native American causes, campaigning for the rights of individuals and families and making efforts to provide for their spiritual and physical needs.

Les also has taught hunter safety in the community.

Through the years, the Messamers have been honored by community leaders as examples of community activism and volunteer spirit because of their involvement in Native American causes, local charities and the community garden.

Their family said they have always coordinated as a team and are a constant example to their family of compassion, charity, joy and partnership.

The Messamers head a widespread family.

Daughter Sue is married to Ray and lives in Estes Park.

Son Larry and wife Becky of Colorado Springs have three children: Jason (Shauna) Messamer with two children, expecting their third; Andrew Messamer and girlfriend Brooke with one son; and Steven Messamer, who is in high school.

In addition, the Messamers have adopted both Chinese and Cochti Pueblo grandchildren.