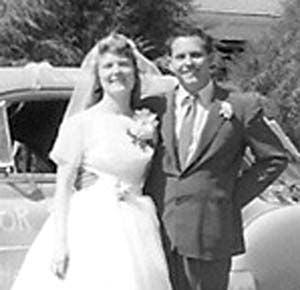 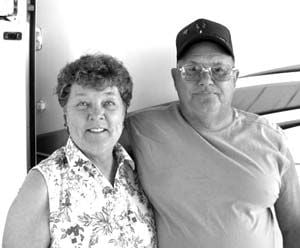 The couple met in fall 1958, at a dance at the Veterans of Foreign Wars Hall in Lakewood. He was at the dance with his cousin Frank, and she attended with Georgette and Joanne Olin.

The couple’s first date was on a Sunday, at the Methodist Church where the minister, Windall Tree, was also Virgil’s boss at Tree Electric Service in Denver.

Many dates followed, but the one that stands out to Mrs. Olin more than others is when her future husband took her to the Olinger Cemetery to catch night crawlers so they could go fishing the next day.

In 1959, the Bright family moved to Evergreen from Golden, which devastated Mr. Olin, although that didn’t keep him away.

He still traveled those extra miles two and sometimes three nights a week, just to see her.

They were married March 26, 1960, by Windall Tree at the Olin home in Lakewood.