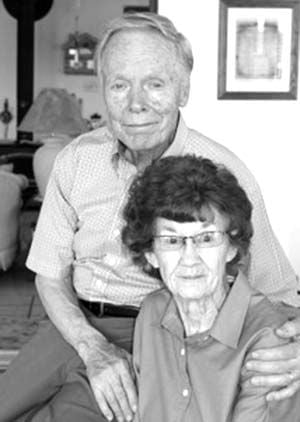 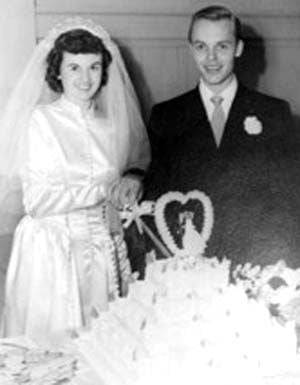 “My father introduced us,” Bev said. “We were in a chorus that was presenting ‘The Messiah.’ My father was sitting next to Don in the bass section and I was in the alto section. It was Dec. 2, 1951.

“We lived 50 miles apart, but Don was working at his first radio job and he found another employee of the same station who lived in my town. He got my address and wrote to me saying he’d like to know me better if I felt the same.”

She answered, and 10 months later they were Mr. and Mrs.

Don managed an FM radio station at Nazarene University in Kankakee, Ill., south of Chicago, and later worked at KOA and KOSI in Denver, where he had a morning show with Pete Smyth in the 1950s.

His master’s degree in communication is from the University of Denver.

After retiring he taught radio for 10 years at Olivet Nazarene University in Kankakee, Ill.

Beverly worked in banking and as a secretary.

Her father made a recording of their wedding, and they listen to that recording every year on their anniversary.

Don continues to sing on occasion and has performed at the Memorial Day events in Riverside Park in Salida and did the narration for “Peter and the Wolf” with Alpine Orchestra. Both have sung with Harmonizers in Buena Vista.

Recently he was the ring-bearer and she was the flower girl for their grandson’s wedding.