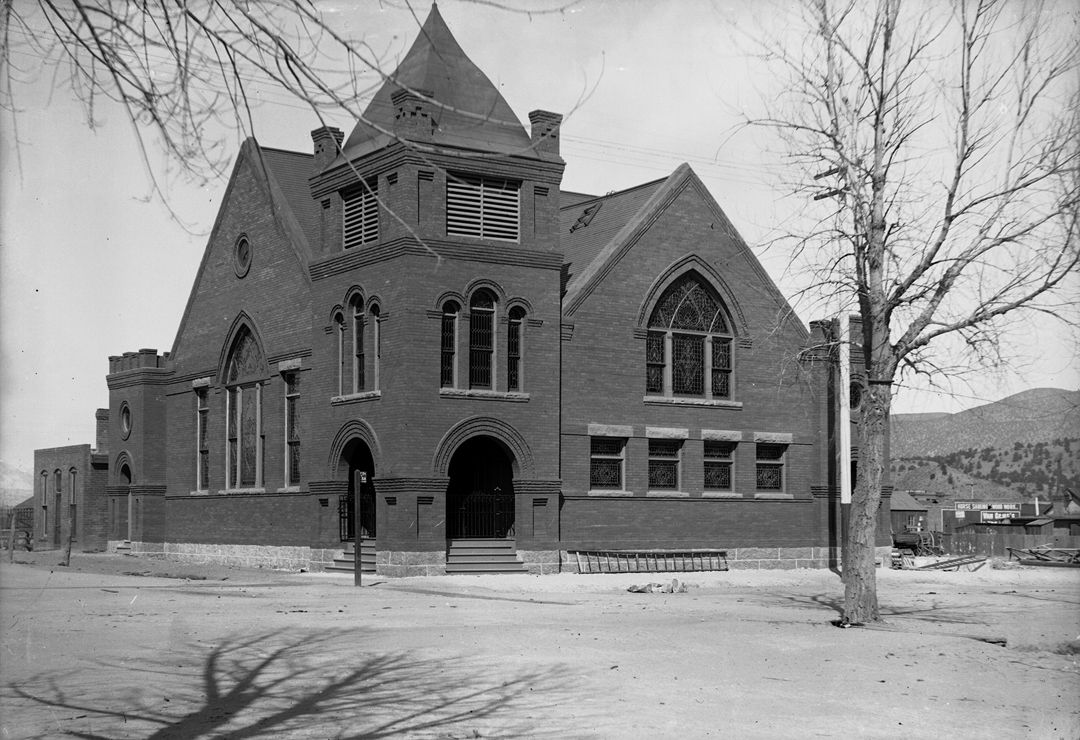 The newly built Presbyterian Church at Third and F streets in 1901. Moonlight Pizza is now at that location. Notably, no other buildings were around it yet. The Strait-McKenna building (238 F) would be constructed in 1902, and the Red Cross Hospital (140 W. Third) would be built in 1908. There is one tree in the middle of F Street to keep it company. 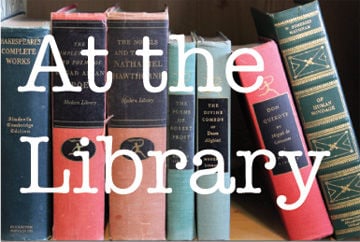 The newly built Presbyterian Church at Third and F streets in 1901. Moonlight Pizza is now at that location. Notably, no other buildings were around it yet. The Strait-McKenna building (238 F) would be constructed in 1902, and the Red Cross Hospital (140 W. Third) would be built in 1908. There is one tree in the middle of F Street to keep it company.

There was no church in Salida until 1881 when a small, wooden structure was built on the corner of F and Third streets. It was a Presbyterian church, and it was due to the determination of the Presbyterian Society ladies that it was built.

Six months earlier, Gov. Alexander Hunt, one of the early founders of Salida, donated lots on the corner of F and Third streets to the Presbyterian Society. The women then began to work in earnest, raising money with socials and suppers. Salida residents donated to the cause as well.

On Jan. 30, 1881, services were held in Salida’s new church, a wood building that cost around $2,000. In an act of Christian kindness, the church was open to all faiths to use as a place of worship.

“It is due to the ladies of the town to say that the building of the church is entirely owing to their exertions. They first proposed it, they secured the subscriptions, and they have raised money by means of their socials and festivals to further the project. We say all honor to the ladies of Salida.”

These church mothers were instrumental in building that first church and subsequently the second, sturdier brick structure that was built in the same spot in 1900.

By this time, the women were officially The Ladies Aid Society, and to raise money for the new church, they held numerous fundraisers, usually selling home-cooked food at local stores.

The society published a cookbook in 1900 called “High Altitude Recipes” as part of the fundraising effort. It was a fairly priced hardcover at 50 cents, and it was a direct response to cooks who had trouble baking at high altitude. Salida was still a young town, 20 years old at the time, so new cooks would have been tackling ways to get their baked goods baked right.

“The ladies of the Presbyterian church have now on sale their High Altitude Recipes, a cook book which is made up of recipes by Salida ladies. The book is very compactly arranged and is eminently practical as it is made for the especial use of cooks at high altitudes.

“The ladies deserve congratulations on the success of their enterprise and if the ladies of Salida do not liberally patronize the work they will make a serious mistake, as it is a gem for use in the kitchen.”

High Altitude Recipes dedicates most of its space to puddings, pies, breads and cakes, all good church fare. But there are challenges for the modern cook. Some of the recipes in the book don’t coddle a cook with excessive directions; in some cases, it’s a straight-up list of ingredients.

Here’s a recipe for ginger snaps, appropriate for the Christmas season: One cup molasses, one cup sugar, two tablespoons of ginger, one-fourth cup of cold coffee, one teaspoon of soda, in molasses, one tablespoon of butter, four cups of flour.

And that’s it. If the cook doesn’t know the rudiments of baking and how to roll out a cookie dough, then it’s not the fault of the recipe writer.

In some cases, the recipes don’t even include the amount of the ingredient needed. Some of the bread recipes make no mention of adding the staple, flour.

Perhaps the omissions were by design. All sorts of variables can affect the rise of dough. Every oven is different, particularly those that were wood-heated in 1900. And the situation of every day is different, weather-wise. Cold fronts can make a kitchen draftier, affecting the rise of a dough. One can only assume that each cook will practice the recipe until it is perfected.

When the brick church was built, it opened early in March and had a formal dedication on June 30, 1901. The Salida Record reported on the big day:

“The new Presbyterian church was opened last Sunday morning. The morning service was conducted by the pastor, Rev. Shoemaker, but in the evening the Baptist, Christian and Methodist congregations all joined in the service. In the morning, the house was filled to its full seating capacity, over four hundred, and in the evening it was packed until standing room was no longer available and about two hundred people had to be turned away.”

The church was large and the bulk of the building was the nave, which was intended so all had a good view of the pulpit. The Salida Record gives a detailed description of the interior here:

“The room is beautifully lighted by magnificent stained glass windows and by brilliant mirrored incandescent lights at night. The walls are tinted in water color and the ceiling is of ornamented iron decorated in water colors in the very best taste and harmony. The wood work will be finished in imitation of quartered oak … The main floor is inclined, so as to give all an unobstructed view … The gallery is also well appointed and affords fine seating room.

“In the rear of the pulpit, the choir is prepared for, and on one side of the choir niche is the pastor’s study while on the other is a dressing room. The whole is heated by furnace.”

In 2005, a group of Presbyterians were interviewed for Salida Regional Library’s oral history project. Several reminisced about the beauty of that Presbyterian Church on F Street, but also its limitations. Certain things were not built into it. Architects of the era had no way of anticipating the Presbyterian cooks who were to come.

There was no water source at the church, though there was a kitchen. Water had to be carried in from Y&R garage across the street at 300 F (today that’s Su Casa) for cooking and for washing dishes. And there was one wood-burning stove for cooking.

Jane Melien told a funny anecdote about one of the chili suppers the church used to throw: “Agnes Hampshire was always one of the prime movers of any of the suppers. And we had an old coal stove in the back with the chimney … and she had an aerosol can of Dream Whip, or whatever you call it, to put on the gingerbread … Well, she had ended up putting it near the stove, (and) the aerosol can exploded, knocked the chimney off with all the soot, the soot came down in the chili, all over the kitchen (and) all over the people.”

These Presbyterians were a lighthearted bunch; one evening to liven up Wednesday night Bible study, somebody spiked the punch bowl. Unbeknownst to the Rev. Joy, he partook and got “drunker than a hoot owl.”

The old brick church was razed in June 1957.

“High Altitude Recipes” and the Presbyterians interview are available online at the Salida Archive.

Submit a Letter to the Editor