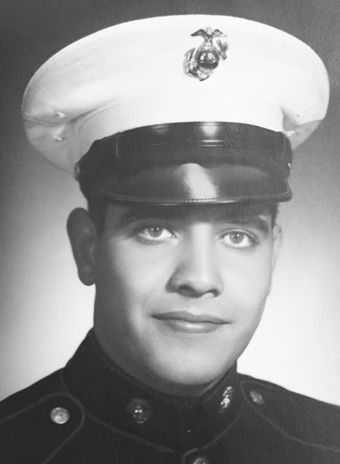 John Roberto Martinez, 89, of Salida died May 19, 2020, at Heart of the Rockies Regional Medical Center in Salida.

His death was unrelated to COVID-19.

He helped on the ranch of local attorney John Boyle in his youth.

In 1951, he joined the U.S. Marine Corps and was stationed at Camp Pendleton, California, before being deployed to Korea in 1952. He served in the Korean conflict until 1954, attaining the rank of sergeant. He was discharged in 1954 at Twentynine Palms, California.

Upon returning home, Mr. Martinez worked for his father transferring coal from standard gauge coal cars to narrow gauge cars heading to the Monarch Quarry on the Denver & Rio Grande Railroad. He assisted his father in dumping ash and coal cans around the area.

In 1958, he married Lois R. Madison at St. Joseph Catholic Church. They moved into the family home, where they raised their four children.

In 1959, he and his father formed Martinez Trash Co., which operated within Salida for nearly three decades until it was sold to Waste Management in 1996.

Mr. Martinez joined Robert F. Harrison Land Surveying in 1960, aiding in surveying Monarch Ski Area and the natural gas line from Del Norte to Dylan, while continuing to work for his father with the trash company.

He enjoyed hunting, fishing, making tortillas, being in the outdoors, working on vehicles, searching for pennies, completing word searches and hunting for arrowheads.

Due to coronavirus restrictions, a Mass and rosary will be announced at a future date.

Memorial contributions may be made to St. Joseph Catholic Church in Salida.

Arrangements are with Lewis and Glenn Funeral Home in Salida.