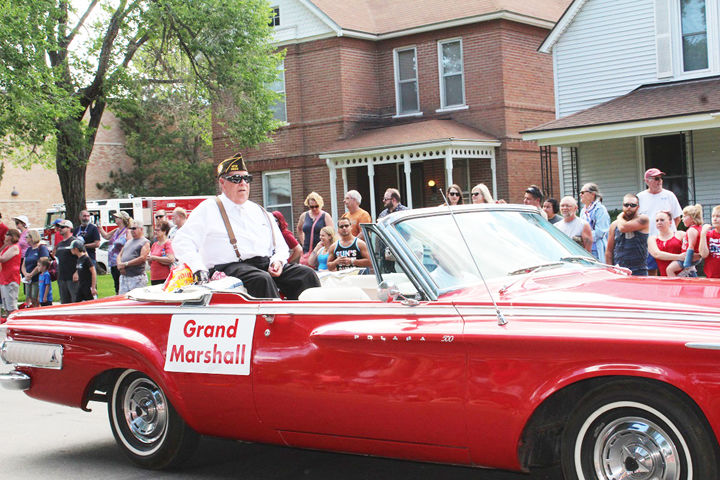 Jim Alloy, chaplain of VFW Post No. 3820 in Salida, serves as the grand marshal of the 2019 July Fourth parade. 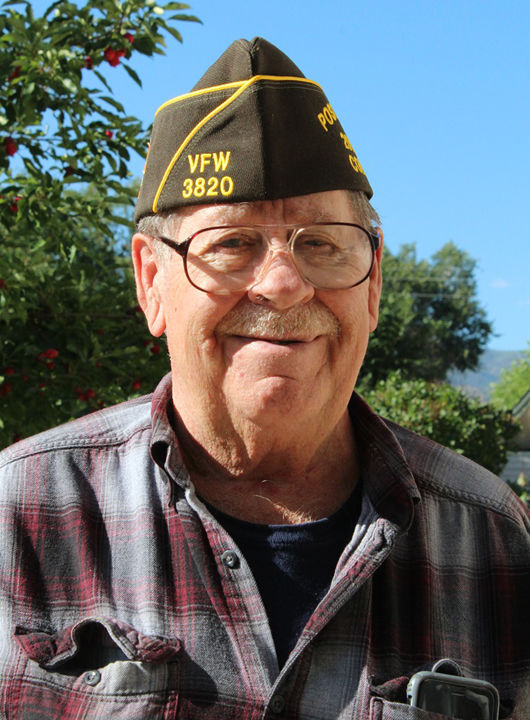 Jim Alloy, chaplain of VFW Post No. 3820 in Salida, serves as the grand marshal of the 2019 July Fourth parade.

“I hadn’t planned on joining the Army,” he said. “It was during the Vietnam War and I had no choice. It was that or go to jail. A lot of people went to Canada at that time to get out of the draft, but I thought I might as well get it over and I did.”

He immediately was put on a train headed for Fort Bliss, Texas. Next was Fort Sill, Oklahoma, where he spent about 11 months working in construction. After 30-day furlough back home in Salida, he got his orders to go to Vietnam.

“I went to Long Binh first and my last stop was Bearcat,” he said. “I was with the engineers, building things like bridges and barracks. We got hit a lot, but I was never in a major battle while I was there in 1967 and 1968.”

He did get to see some USO shows, including Bob Hope, Ann-Margret and Raquel Welch.

“I had a pleasant surprise about two months before I came back home,” Alloy said. “I felt a tap on my shoulder one day and turned around, and there was Ants DeLeo from Salida. He had just arrived in Vietnam and I was about ready to leave. I told him he could take over for me.”

As with most Vietnam veterans, Alloy lost friends in the war. While he was there, a Salida man, Jimmy Joe Tessadri, was killed, but Alloy didn’t learn about that until he got home.

“We came back on what they called the ‘champagne flight,’” Alloy said. “We landed in San Francisco. It was hard coming back. Hippies were protesting the war and people tried to spit on us.”

After an honorable discharge in 1968 he returned to Salida to work at the Monarch Quarry for CF&I (Colorado Fuel & Iron Co.) until 1981 when the company shut down. From 1981 to 1986 he was transportation director for Monarch Lodge, taking people to the ski resort, and from 1987 until 1994 he worked for Wal-Mart.

“My last job was in automotive sales for Steve Berkenkotter at Morning Star Automotive,” he said. “Steve thought I’d make a good car salesman, even though I didn’t know anything about the job. He said I knew everyone in town and I was well liked. I guess he was right because I got to like the job and stayed there until about 2010 when I retired for the last time.”

This year on July 4 Alloy was honored to serve as grand marshal of Salida’s July Fourth parade.

He is a member of Veterans of Foreign Wars Post No. 3820 and is currently chaplain of that organization.